Manny Pacquiao has refused to rule out a rematch with WBA champion Yordenis Ugas following his upset defeat to the Cuban last weekend, which nudged the Filipino boxing star ever closer to retirement.

Pacquiao, 42, told The Athletic website that he may consider fighting Ugas again in January following his unanimous decision loss to the 35-year-old in Las Vegas on Saturday. 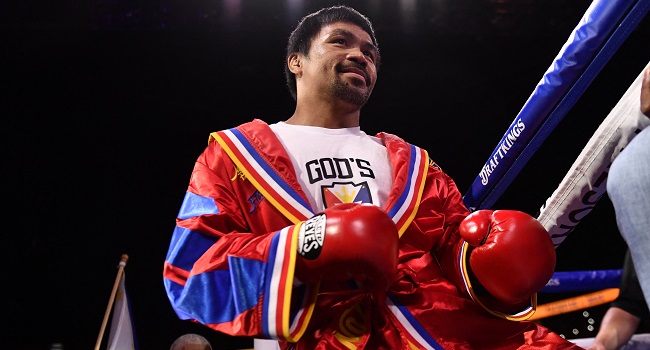 “Yes, I can come back in January. I will see about it,” Pacquiao told the website. “I know I can rematch him if I want. I’ll just need to tell (promoter) Al Haymon. That would be no problem.”

Ugas said in the aftermath of his win on Saturday, where he clinically picked off Pacquiao from long range to score a deserved victory, that he would be willing to offer the eight-division world champion a rematch.

Pacquiao — who is mulling a bid for the presidency of the Philippines — said on Saturday he might not fight again after the eighth loss of his glittering 26-year professional career.

However, he told The Athletic he could be tempted by a second Ugas fight, admitting he was still baffled by the nature of last weekend’s loss. 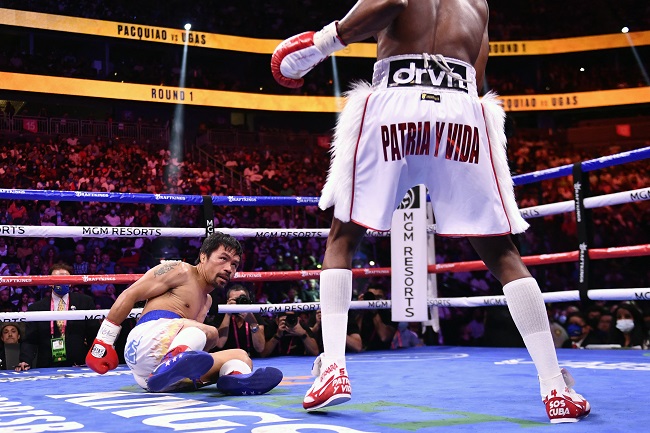 “I will think about it because I can’t believe that one of the easiest opponents I ever faced did that,” said Pacquiao, who has blamed cramping in his legs for his leaden-footed performance.

“He shouldn’t have touched me. When I moved here (to the right), I had nothing. You know how I move. You’ve seen it so many times.

“(Ugas) only had one style, and I should’ve been able to easily move away — you’ve seen how I have moved in my fights before. I couldn’t move in this fight. My legs just stopped.”

I’m not rushing into signing a new deal with Chelsea…