Diego Maradona has lent a hand in the fight against the coronavirus pandemic in his hometown by autographing an Argentina national team jersey for a raffle.

The sale raised money for an underprivileged area on the outskirts of Buenos Aires affected by quarantine rules. 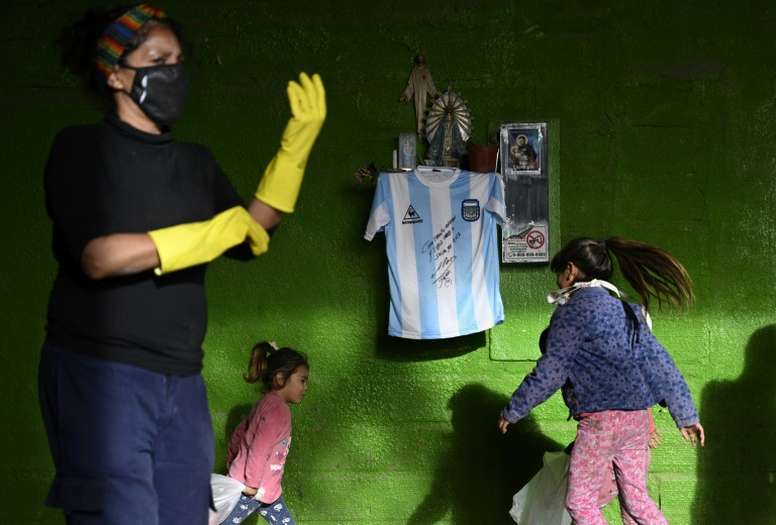 “We’re going to get through it,” Maradona wrote on the jersey, a replica of the one he wore when he led his country to victory in the 1986 World Cup.

The jersey was first offered at auction, but is being raffled to those who have given donations in an initiative that has collected hygiene products, masks and around 100 kilograms (220 pounds) of food for charity.

Read Also: Ronaldo, Mayweather own supercars but not richest collection in sport

“Diego can’t even imagine what he has done for us, it’s priceless. I’ll be grateful to him until the day I die,” said local resident Marta Gutierrez.

In addition to the pandemic, Argentina is facing a serious economic crisis and is in laborious negotiations on debt restructuring with creditors.