Five-time Grand Slam champion Maria Sharapova has revealed that fellow tennis star and World No.1 Novak Djokovic was once fanboying on her over dinner. 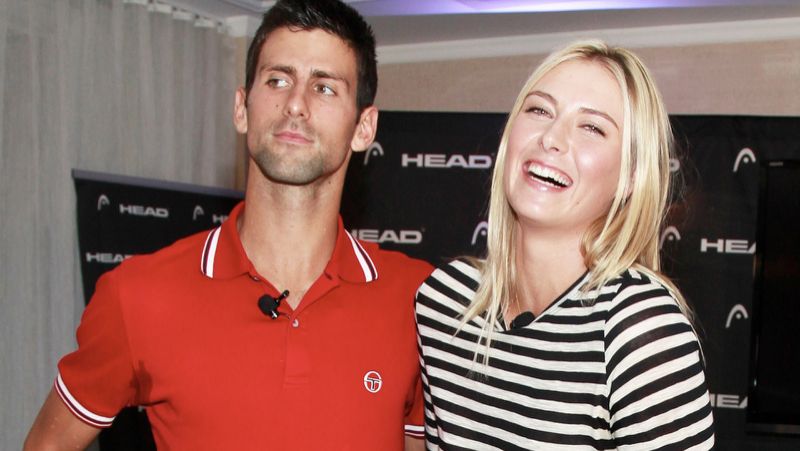 During an Instagram Live chat with the Serbian ace, Sharapova, who called time on her illustrious career in February, said: “I remember we played this little exhibition. I was young, you were young, way before you had any Grand Slam titles. I don’t know if you’d even won a tournament at that point,” said Sharapova. This part of the chat was shared by ATP Tour on their official Twitter handle.

“You said that if you’d win (in a mixed doubles match), I would have to pay dinner. I was like, ‘Okay, whatever, who is this kid?'” Sharapova recalled.

“You won and you were like, ‘We have dinner tonight. We’re going to the Japanese place!’ I was like, ‘Are you serious? You and me, going to dinner, tonight?’ So we did. We ended up going to dinner and it was so
funny because you pulled out I think it was an old Kodak camera and you asked the waiter to take a photo of us and here we are,” she further said.

“I think you were fanboying,” Sharapova replied.

Djokovic recently said that he was “mentally empty” and “confused” at the beginning of the ongoing freeze of the tennis calendar due to the coronavirus pandemic.

The sport has been on a full stop for over a month due to the pandemic outbreak.

Djokovic has enjoyed a revival in form after a slump in late 2017 and most of 2018. He was set to defend his Wimbledon title this year before the grass-court Grand Slam was cancelled for the first time since the Second World War.