Martin Odegaard thrilled to be back at Real Madrid

Martin Odegaard admitted he is delighted to be included in Zinedine Zidane’s first team plans at Real Madrid for the 2020-21 season.

The Norwegian international was named in the starting line up to face former side Real Sociedad, having spent the 2019-20 campaign on loan at the Anoeta Stadium.

However, despite Los Blancos labouring to a 0-0 draw in Basque Country, Odegaard was pleased to be given a second chance in the Spanish capital by Zidane.

This is Martin Odegaard’s first La Liga game for Real Madrid since May 2015 when he came on as a sub for Cristiano Ronaldo ⏰ pic.twitter.com/KWPFwPdJnA

“I felt good, but the victory was obviously lacking today,” he told a post match interview with Diario AS.

“I am not happy with that, but I am happy to be back at Madrid.

“I am beginning to understand my teammates more, but the beginning of the season is always difficult.

“The manager is clear in what he wants from me, to create chances, score goals and play between the lines.”

Odegaard was substituted in the second half for Casemiro, but Zidane is likely to include him as a first team regular in the coming months. 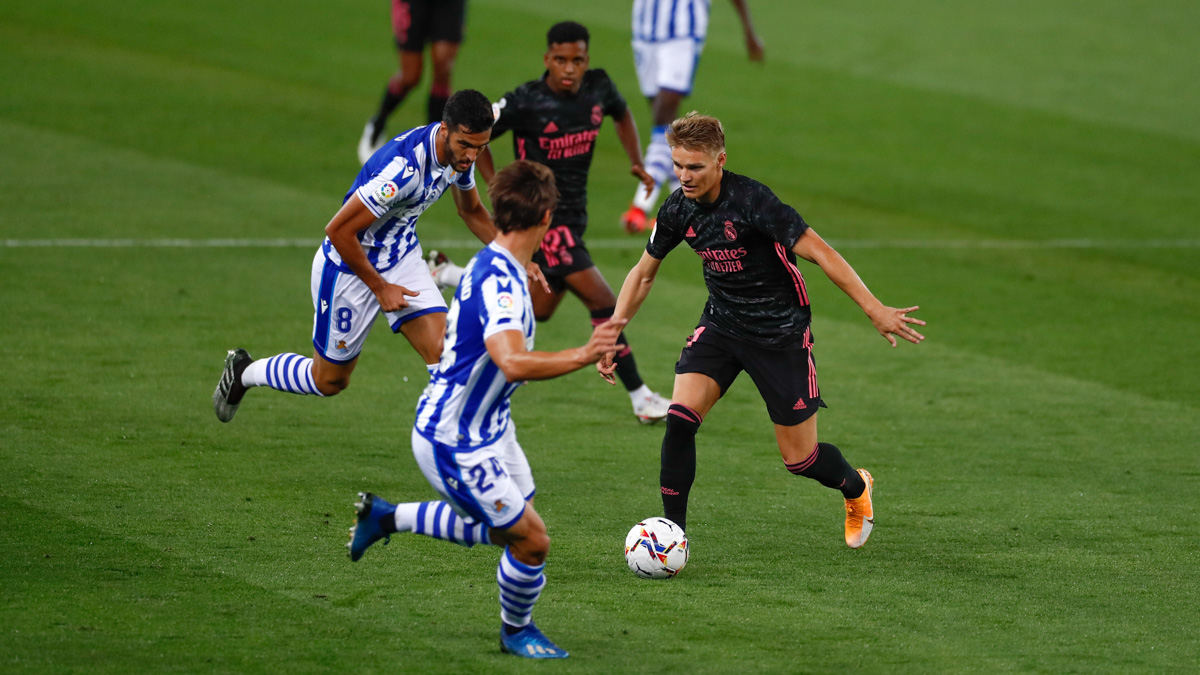 With first choice midfield trio Luka Modric and Toni Kroos already over 30, and Casemiro turning 29 this season, Zidane will be aware of the need for fresh blood in their ranks.

Real Madrid face another away game in their second game of the La Liga season, with a trip to Manuel Pellegrini’s Real Betis next weekend.

Mane: We are lucky to have Thiago in our team