Roberto Martinez has signed a contract extension with Belgium. 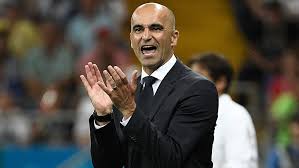 Martinez took charge of the Red Devils in August of 2016 having been sacked by Premier League Everton in May.

The 46-year-old has since helped Belgium to the summit of the FIFA World rankings – narrowly ahead of France and Brazil.

The new deal will see him remain in charge through to the 2022 World Cup in Qatar.

It’s logical to have ‘an expert for the…