Juan Mata is reportedly ready to leave Manchester United this summer and Fenerbahce could be his destination, with the Super Lig club interested in the Spanish midfielder.

United are set to continue with their transformation this summer, which Ole Gunnar Solskjaer has undertaken, with players likely to come in and out of Old Trafford.

Mata’s time on the pitch has decreased in recent times, especially with the addition of Bruno Fernandes, and he could be one of the players to leave.

According to Turkish outlet Sansursuz Futbol, the 32-year-old is ‘eager’ to leave United and is interested in Turkish side Fenerbahce, with the club reportedly seeing him as a potential signing. 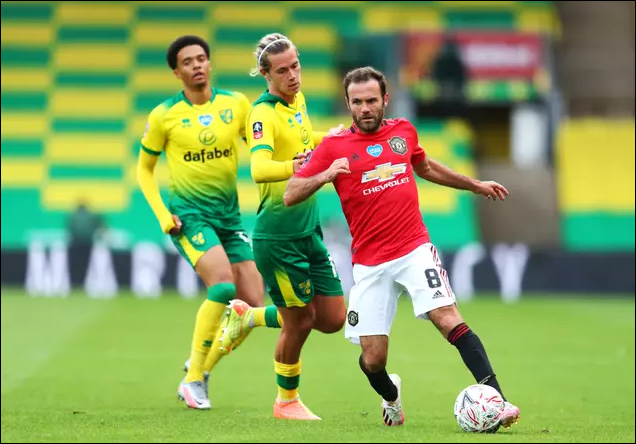 The Spanish playmaker signed a new deal last June, that keeps him at the club until summer 2021, with the option of an additional year, meaning the Super Lig club would have to pay a fee.

How much the Red Devils would ask for the midfielder would be up for debate but the former Chelsea man has certainly dropped down the pecking order.

With Paul Pogba back fit, and Fernandes in incredible form since joining in January, the third central midfield role has usually been taken up by a more defensive midfielder.

Mata has also played out wide on the right but Mason Greenwood and Daniel James have been preferred in that position and Jadon Sancho has been heavily linked with a move to Old Trafford.

The former Valencia man has been used as a substitute in two of Solskjaer’s side’s last three league games and started against Norwich in the FA Cup quarter final last weekend.

However he has only started eight league games this season, although he has seven starts in the Europa League too, and he’s unlikely to get too much football before the end of the season.

Solskjaer’s clear out at United started with Marouane Fellaini in January 2019, the only other David Moyes signing, before Romelu Lukaku, Matteo Darmian, Ander Herrera, Antonio Valencia, Chris Smalling and Alexis Sanchez all left last summer, either permanently or on loan.

There will likely be more outgoings in the summer transfer window and United legend Paul Scholes thinks the club only need to add two signings to be able to start challenging rivals Manchester City and Liverpool to the title.