Mata urges footballers to do more to tackle coronavirus

Manchester United midfielder, Juan Mata, has urged footballers across the world to do more to try and help with the fight against coronavirus. 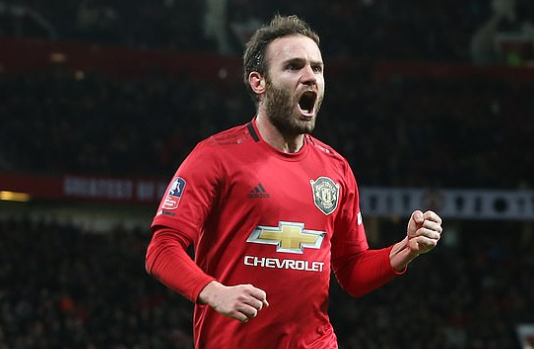 Mata, who was an original member of Common Goal, a charity set up to encourage footballers to donate 1 per cent of their salary to support initiatives, has urged fellow professionals to do more to help tackle the crisis.

While many footballers and former professionals around the world, including Liverpool manager Jurgen Klopp, United legend Eric Cantona and United Women’s manager Casey Stoney, have signed up since the charity launched in 2017 no United first-team player has committed aside from Mata.

And the Spaniard has called on his team-mates and players across the world to do what they can in the current Covid-19 pandemic.

“It’s been heartening to see many positive responses from players and other football leaders to the current crisis, but it can be also hard to know what to do to help effectively those who need it most,” said Mata.

“We are suffering a stark reminder of how interdependent we all are. To overcome coronavirus, and the other challenges facing humanity, we need to coordinate individual efforts and work together as a team.

“I’m urging not only my Common Goal team-mates, but also all other players and football leaders from around the world to unite and help tackle this crisis, and at the same time use this as a catalyst to play a key role in tackling the other challenges humanity faces. Together we can beat this.”

Common Goal announced they have set up the Covid-19 Response Fund to help tackle the immediate effects of the pandemic, and ensure support continues beyond the initial response, with a focus on young people in deprived communities.

Mata will also be taking part in a Live Match on Instagram where players are being asked to commit the 90 minutes they are no longer spending playing football to interact with fans to encourage others to donate and share experiences of what they have been doing through the crisis.

While no members of the United first team have signed up to Common Goal, a number of them have donated to charities in their own way during the pandemic. Marcus Rashford has helped to raise hundreds of thousands of pounds to ensure children still get free school meals while David de Gea made a sizeable donation to the coronavirus fund in Spain.