Nigeria’s Taiwo Mati has been listed as the number one seed in the boys’ cadet singles of the 2019 ITTF Junior Circuit in Agadir, Morocco. The tournament serves off on Friday June 14. 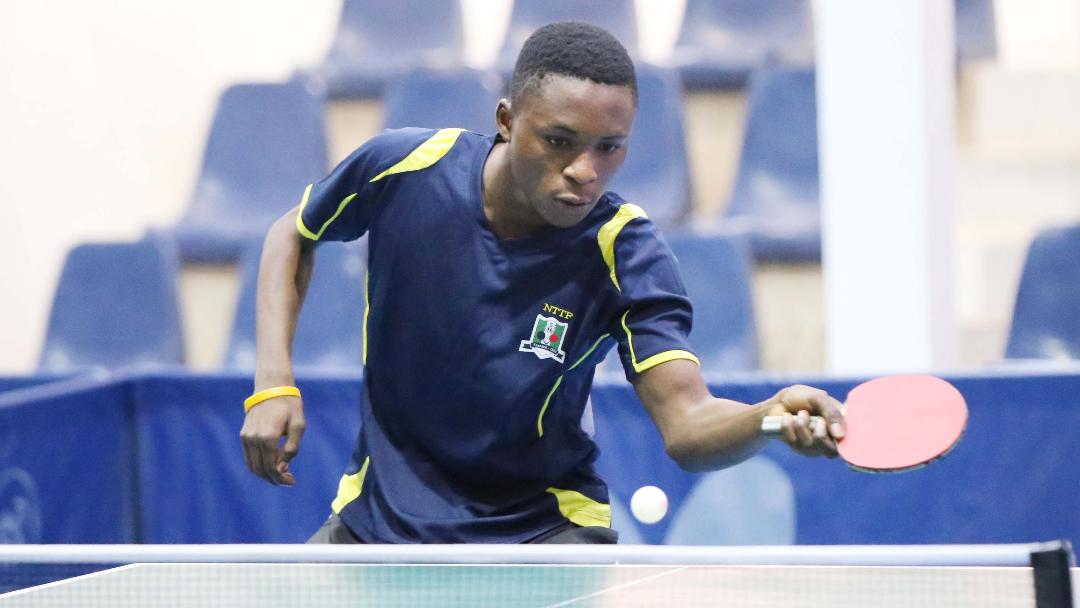 Mati was impressive in Ghana earlier this year and he will b leading African challenge for honours in Morocco. Apart from topping the cadet boys seeding list, Mati in the junior boys’ singles event is the no.7 seed, behind Azzeddine Lazazi, like Abdelbasset Chaichi from Algeria. However, most significantly he is the top seed in the cadet boys’ singles competition.

In April, Matti excelled at the Ghana Junior and Cadet Open as well as at the African Youth, Junior and Cadet Championships. In both tournaments he won the cadet boys’ singles title. Mati is listed ahead of Slovakia’s Jakub Goldir and Saudi Arabia’s Khalid Alshareif, both players who this year have advanced to ITTF World Junior Circuit cadet boys’ singles semi-finals; Jakub Goldir in Bahrain, Khalid Alshareif in Ghana. The Czech Republic’s Matya Lebeda completes the top four names, his most noteworthy performance being a quarter-final finish last year in Estonia.

Mati’s first group match in the junior boys’ singles is against Algeria’s Salah Foudia. He is expected to battle Slovakia’s Jakub Goldir and Morocco’s Ilyass Salek.

A third round exit in Italy when beaten by China’s Zeng Beixun but otherwise this year, Vincent Picard has always reached the latter stages. Most notably he won in Poland; he was a semi-finalist in both Bahrain and on home soil in France, a quarter-finalist in the Czech Republic.

He is listed ahead of Slovakia’s Filip Delincak and Adam Klajber, both are players who have yet to make their mark on the international scene; Algeria’s Abdelbasset Chaichi, bronze medallist last year on home soil at the African Youth Games, completes the top four names.