Dutch defender, Matthijs de Ligt has won the Kopa Trophy at the 2019 Ballon d’Or for Best Under-21 Player going on in Paris, France. 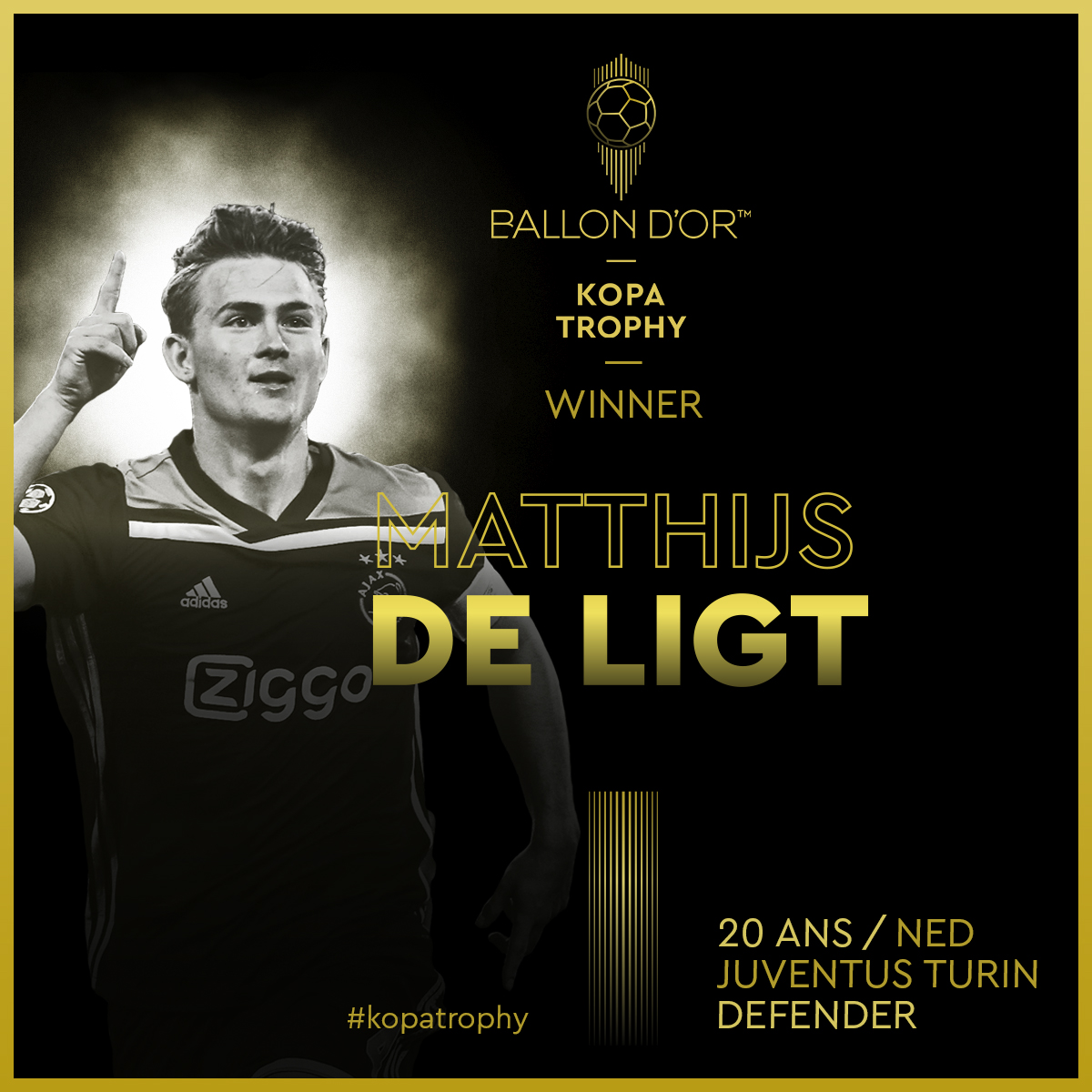 The Dutch international won the award based on his performance with former club Ajax.

The Juventus star edged out Nigeria international Samuel Chukwueze and Matteo  Gudendouzi to win the award.

The players were among the six nominated for the award.

Laganes have not been lucky – Omeruo