Mayweather and his entourage joined Juventus players i their dressing room and the American couldn’t resist getting his hands on the trophy. 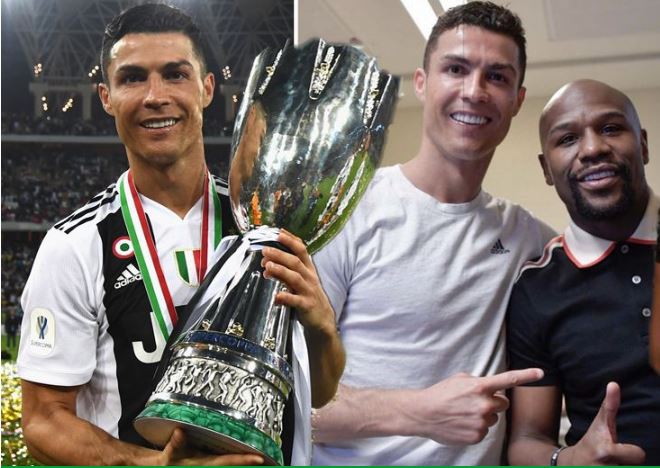 Ronaldo’s 61st-minute header settled the Supercoppa Italiana contest in Jeddah, Saudi Arabia with Juventus lifting the trophy for the eighth time in their history.

Mayweather, 41, retired in 2017 with a 50-0 professional record after knocking out Conor McGregor in a Las Vegas showdown.

There have been rumours, however, that he may step out of retirement  for a rematch with Manny Pacquiao, whom he defeated in 2015.

The proposed bout could potentially be worth £500million to the fighters.