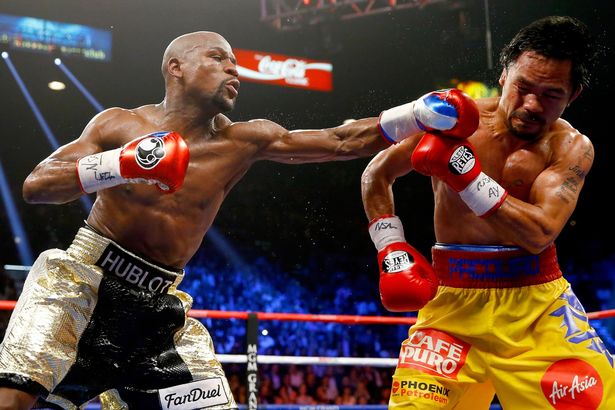 The proposed Floyd Mayweather vs Manny Pacquiao 2 fight is closer than anticipated as promoter Eddie Hearn has let slip what the approximate time line could be.

Hearn promotes welterweights Amir Khan and Kell Brook who have been both linked with fights against Pacquiao in recent times.

However, recent developments suggest that both Khan and Brook will instead fight one another this coming February.

Indeed, that now appears to be the around the same time Mayweather vs Pacquiao 2 fight is being planned for according to industry sources.

“It looks like Pacquaio vs Mayweather could happen in the spring, which means December won’t happen (for Khan vs Pacquiao).”

We understand that Pacquiao is definitely intent on landing the Mayweather rematch to help offset a large outstanding tax bill.

Pacquiao still has two fights at least left in his career which most believe could happen against Adrien Broner and Floyd Mayweather at present.

Khan looks set to miss out again on both the Pacquiao and Mayweather fights.

I’ve not retired, Anichebe cries out!