Mbappe could change his mind and stay at PSG – Pochettino

France striker Mbappe recently confirmed he asked to leave in the summer in pursuit of a move to Real Madrid, but PSG have been trying to tie him down to a new deal, with his current deal expiring next summer.

It was hoped the signing of Lionel Messi on a free transfer from Barcelona, completing a front three with Neymar, would help convince Mbappe to recommit to the club, but a new deal is not currently close to being agreed. 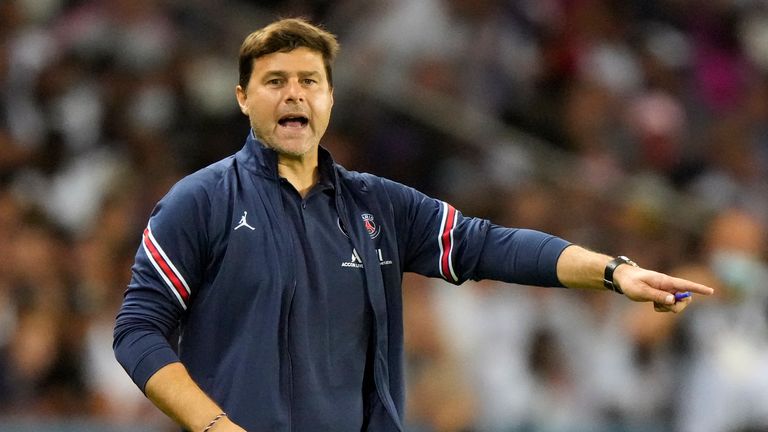 “Kylian will make the decision that he has to make,” Pochettino told El Chiringuito in Spain. “The club will do everything possible to keep him. PSG can convince him to stay. He could change his mind.”

Real were prepared to spend £197m to sign the France World Cup winner in the summer but PSG refused to agree a sale, despite the forward’s contract running out at the end of the season.

Yet the 22-year-old, who joined PSG in 2017 in a transfer worth £165m, is able to sign a pre-contract agreement with them in January, in order to join them for free next summer.

The front three of Messi, Neymar and Mbappe have yet to fire on all cylinders – Pochettino also admitted in the interview with the Spanish TV channel that he thought being offered Messi on a free was initially a “joke”. PSG’s front three of Messi, Neymar and Mbappe are yet to fire on all cylinders

“Leonardo called me and asked me if I would like Messi,” the ex-Tottenham Hotspur boss said. “I asked him ‘is that a real question?’ Honestly, I thought it was a joke.

“Of course, yes. After that, things really started. Once the door opened, I think that he decided to come here.”

Pochettino is sweating over the availability of his South American players for Friday night’s Ligue 1 clash with Angers due to their involvement in late international matches this week. His side are top of the table after nine games.