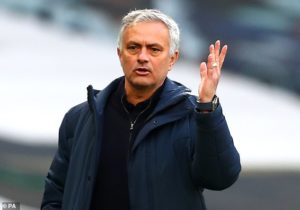 Greenwood scored twice in the win on Sunday.

“He’s a talent that comes along probably every 10 years – but I’d probably say longer, he’s that good, the way he finishes, the way he moves,” McTominay said of Greenwood on the club’s official website.

“It’s brilliant to see him play with a smile on his face, that’s the way we all know Mason. Now he’s starting to score more and more goals which is really good for us.

“For the senior lads, it’s keeping his head down and focused every single game and in training, not letting him get distracted by other things that are going on.

“It’s important that he really kicks on now and he is doing because he’s got a brilliant manager there to really push him.”