Lionel Messi may have left Barcelona and La Liga this summer, but one constant in his life is the Argentine national team.

The diminutive genius led Argentina to their first major title since 1993 during the summer when they beat Brazil in Rio de Janeiro in the final of the Copa America, and is back on international duty at the moment after making his debut for Paris Saint-Germain.

Argentina beat Venezuela 3-1 in Caracas Thursday night, with Messi neither scoring nor assisting but nonetheless captaining the team to an important victory.

He suffered a serious blow from a reckless challenge, however, and he was seen limping this morning upon arrival in Brazil for their next World Cup qualifier according to Roy Nemer. They face Brazil on Sunday in Sao Paulo in a re-match of the Copa America final. 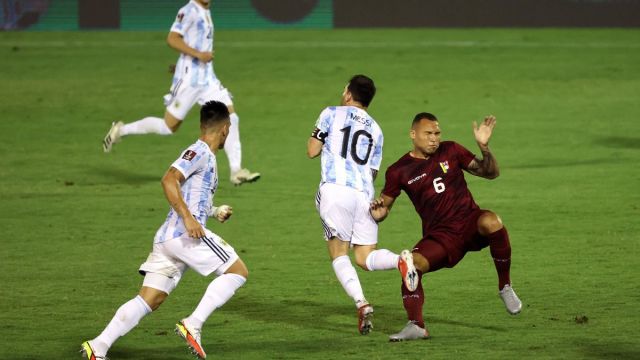 Brazil are top of the table, with seven wins out of seven and 21 points on the log. Argentina are second on 15 points, courtesy of the four wins and three draws they’ve recorded.

Thanks for No7 shirt gesture, Ronaldo writes Cavani