La Liga has promised to take legal action against a pitch-invading fan who sought a photo with Lionel Messi during Saturday’s clash between Mallorca and Barcelona. 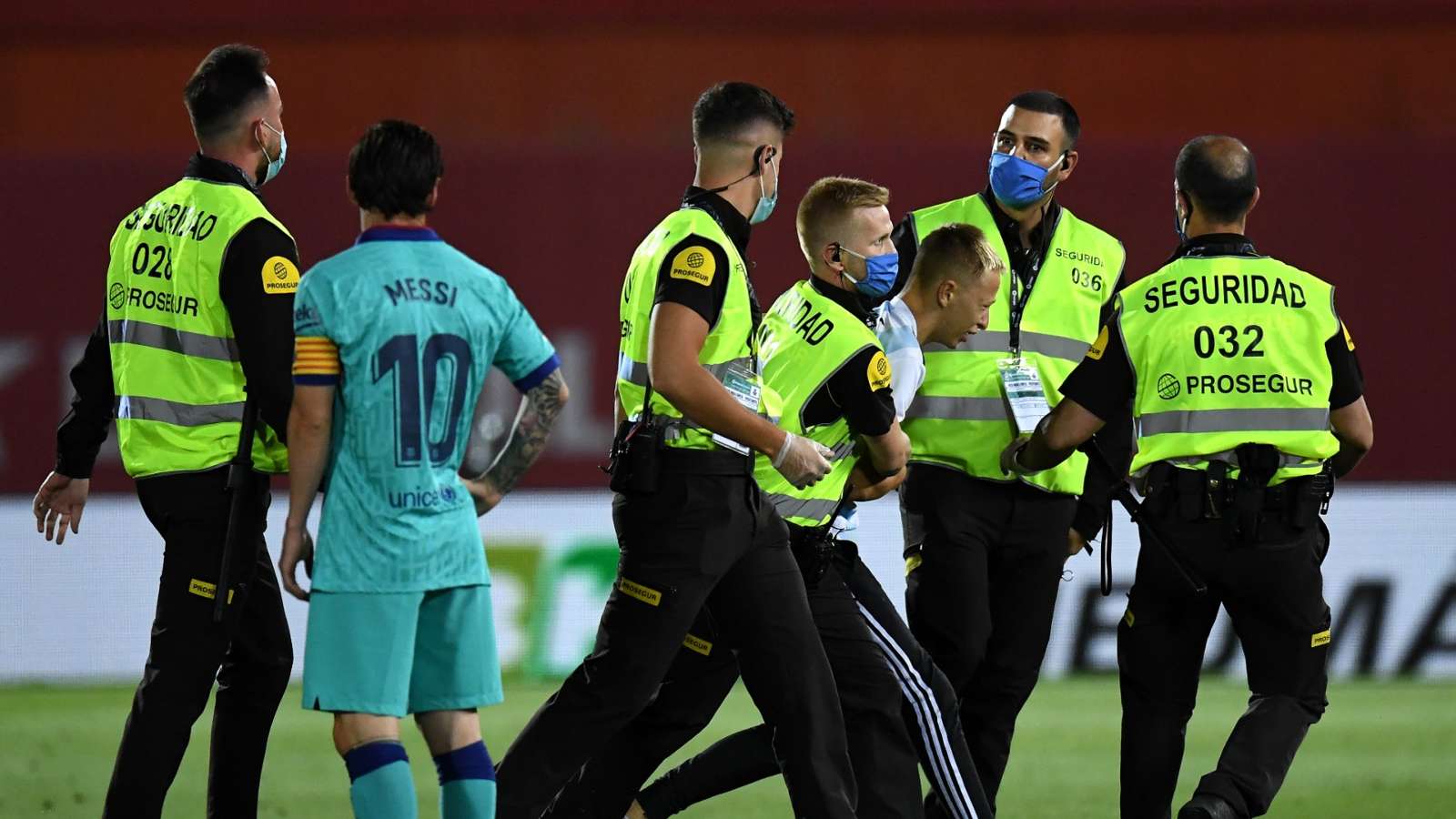 The game, Barca’s first since La Liga was suspended due to the coronavirus pandemic back in March, had reached its 54th minute when the interruption occurred.

A young fan decked in a Messi Argentina shirt burst onto the pitch at the Estadio Son Moix and attempted to close in on the superstar before being intercepted and ushered away by security.

And the governing body is taking the incident extremely seriously, slamming the invader and promising to act against him with the full force of the law.

“La Liga will file the appropriate legal action, considering that this was a criminal act,” it signalled in a statement released on Sunday.

“La Liga would also like to express its absolute condemnation of this kind of behaviour, which puts in risk the health of others and the integrity of our competition.

The invader himself, who has been reported as a French national resident in Mallorca, attempted to play down the severity of his actions, while lamenting that he did not manage to keep a photo of Barca’s No. 10.

“It was a great experience, I jumped over a two-metre fence,” he told COPE to explain how he gained entry to a game which, like all matches currently taking place in Spain, was played behind closed doors.

“My dream is to have a photo with Messi, I went for him, I took some photos and the police forced me to delete them.”

Barcelona led 2-0 at the time of the interruption, with early goals from Arturo Vidal and Martin Braithwaite ensuring a brilliant start to La Liga’s return for the table-toppers.

And there was more to come after the invasion, as Jordi Alba and Messi himself compounded Mallorca’s grief with two further strikes to seal a 4-0 win on the Balearic island.