Messi fit to play for Argentina despite lack of game time

Lionel Messi is fit enough to play in Argentina’s World Cup qualifiers this week in spite of having played less than half an hour this season for his new club Paris St Germain, coach Lionel Scaloni said on Wednesday.

“After talking with him I have no doubts,” Scaloni told reporters the day before Argentina face Venezuela in Caracas.

“Although he doesn’t have the same game time (he had with Barcelona) he is going to play and we hope in all three games.”

Messi has not played a full match since 10 July, when he started for Argentina in the Copa America final.

Much of his time since has been dominated by his move to Paris after 18 years with Barcelona.

The 34-year-old made his PSG debut on Sunday when he came on as a substitute against Reims and played 24 minutes in the 2-0 win.

He trained with Argentina on Wednesday ahead of their three qualifiers. The twice world champions also play Brazil in Sao Paulo on 5 September and Bolivia in Buenos Aires on 9 September.

They sit in second place behind Brazil in the 10-team South American qualifying group with the top four sides qualifying automatically for Qatar 2022.

Scaloni lauded the players who came from England in spite of a controversial move by Premier League clubs to stop them travelling.

The League said its clubs would not release players called up for international duty if they are playing matches in a country on the UK’s red list but two Aston Villa players and two who play for Tottenham Hotspur made themselves available for the key qualifiers. 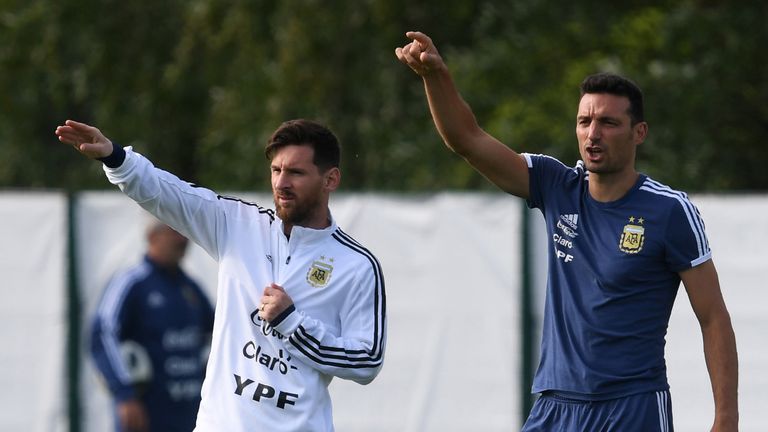 Scaloni, however, refuted the club’s statement.

“We gave the list for three games and the players are here to play all three,” he said.

“We never heard a negative (response), we have spoken and discussed it with most of the clubs and we reached the conclusion that they had to come,” Scaloni added.