Lionel Messi has brushed aside his fierce rivalry with Cristiano Ronaldo by suggesting that he would pass to him if they played on the same side.

The 32-year-old Barcelona captain has had a heated rivalry with Juventus superstar Ronaldo on the field. 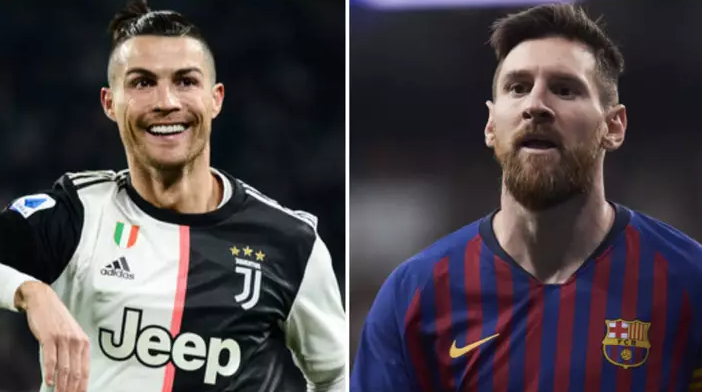 When Messi was asked if he would pass to the 35-year-old Portuguese superstar, he admitted that he would eventually do so.

“I guess so, in the end, yes,” he told Spanish newspaper Mundo Deportivo.

Ronaldo, who turned 35 in February, has been in fine goalscoring form as he has taken his tally to 25 in 32 appearances this season.

And the former Manchester United and Real Madrid star scored in 11 straight league matches for Juventus this season.

Messi, who has revealed his favourites to win the Champions League, has scored 24 times in 31 appearances.

But the Argentine superstar has also registered an impressive 16 assists across all competitions.

Messi has praised Ronaldo on his recent performances for Juventus and called him a “predatory striker.”

The six-time Ballon d’Or winner said: “It’s normal that he continues to score, he is a predatory striker, he loves to score, any day he plays he will score.

“He has many good attributes as a forward and at the minimum he converts.”

Despite his competitive rivalry with Messi, Ronaldo has brushed aside the idea that the two superstars share any bad blood.

The five-time Ballon d’Or winner praised their competitive rivalry and admitted that he would love to have dinner with Messi someday.

Ronaldo said ahead of the Champions League draw last August: “We have shared the stage 15 years. I don’t know if that’s happened before — the same two guys on the same stage all the time.

"We have not had dinner together yet, but I hope so in the future."

"It's great to be a part of the history of football. I am there, and of course, he is as well."

Cristiano Ronaldo speaks on his relationship with Lionel Messi 🙏 pic.twitter.com/HbicSaS6NW

“Of course, we have a good relationship. We haven’t had dinner together yet, but I hope in the future.

“We had that battle in Spain. I pushed him and he pushed me as well. So it’s good to be part of the history of football.”

Joshua: Tyson Fury Is Just Another Opponent For Me