Barcelona ace Lionel Messi says his side’s 4-0 reverse away to Liverpool in the Champions League semi-final earlier this month has taken the gloss off what could be a record-breaking third consecutive European Golden Shoe. 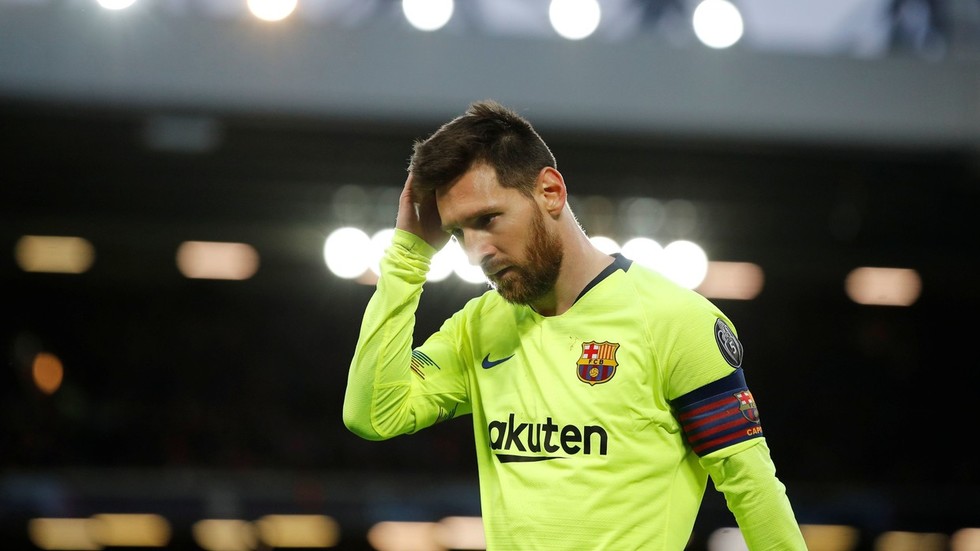 The Golden Shoe, the prize for the best goalscorer in European football, is tallied by an algorithm which counts the amount of strikes a player has claimed versus the perceived difficulty of his league, with Messi’s 36 La Liga goals giving him an overall score of 72.

Paris Saint-Germain’s French wonderkid Kylian Mbappe sits in second place, with his 32 domestic goals combining to a score of 64 while the surprise package of the Serie A season in Italy, 36-year-old Fabio Quagliarella of Sampdoria, in third place with 26 goals, or 52 points.

No player has ever won the honor in three consecutive years, something Messi is currently on track to do, but when asked about his thoughts on potentially claiming the prize once again, he said that the defeat at Anfield which ended his team’s European campaign for another season is weighing heavy on his mind.

“Honestly I am not even thinking about the European Golden Shoe,” Messi said.

“Not in my head at all. What happened at Liverpool is in my head. Like I said it was a big blow and I am not thinking about personal things, just getting to this Copa final and winning another trophy.”

Messi is currently tied with former Rangers and Scotland striker Ally McCoist with two Golden Shoe’s apiece, though Cristiano Ronaldo and Thierry Henry have also won it twice – but finished level on points with other players.

The Argentine is preparing to face Valencia in Saturday’s Copa Del Rey final but any goals he scores there won’t count in the race for Europe’s top goalscoring honor and, because the Spanish domestic season has ended, he won’t add any further goals to his ledger.