Messi to Valverde, You’ll be great where you go

Lionel Messi has penned an emotional farewell to Ernesto Valverde after his sacking as Barcelona boss. 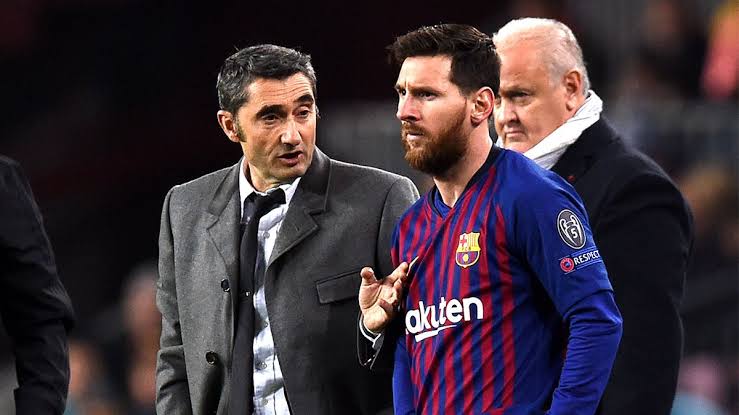 Valverde was relieved of his duties after three years at the helm despite the club sitting top of the La Liga table.

After the sacking of his manager, the Barcelona icon penned an emotional note on social media in what he tipped him for success in his next move.

Messi shared a pair of pictures smiling alongside Valverde with the caption: “Thank you for everything. I’m sure you will be great wherever you go, because, besides being a great professional, you’re a magnificent person.