Messi trains with dog ahead of new season 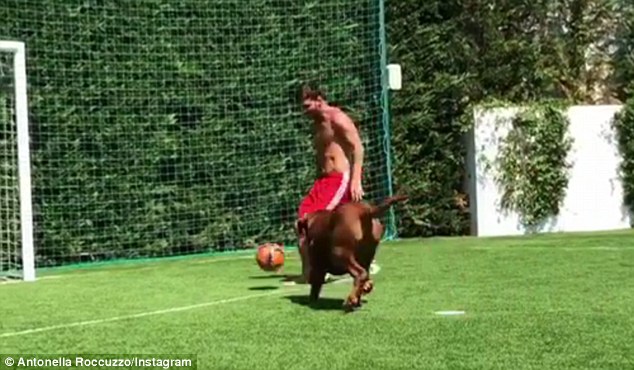 Lionel Messi has been trainning with his adorable dog in order not to lose grip of his fitness and football skills which he showed live on a football pitch in his home on Instagram. 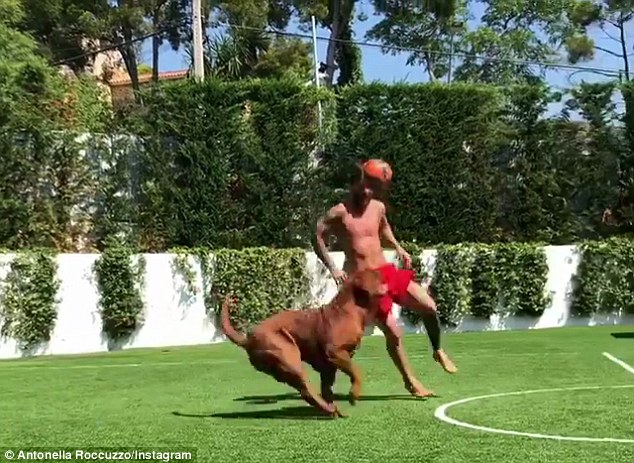 In a heart-warming video posted on Instagram by his wife Antonella Roccuzzo, Messi can be seen dribbling around his massive dog in the sun.
And just like Messi’s opponents on the football pitch, the lovable dog – clearly enjoying the time out in the fresh air – couldn’t keep up with his owners quick feet in the garden.
Messi is getting ready to join up with his Barcelona team-mates again, who are currently on their pre-season tour of the United States.
The Catalan giants take on Roma and AC Milan in the International Champions Cup before facing Sevilla in the Spanish Super Cup on August 12, which Messi should be available for.
Barcelona then kick-off their La Liga campaign against Alaves at the Nou Camp on August 18.
Lionel Messi