Lionel Messi is already in Rosario, Argentina, setting down for the night in his native land less than 24 hours after leading Barcelona to a 3-0 victory at Real Valladolid according to Mundo Deportivo.

Messi took a private plane from Valladolid airport immediately after the game, a clash he scored, assisted and pre-assisted in. 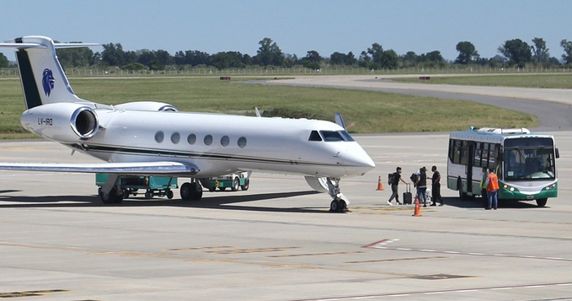 The Argentine will spend the Christmas holidays back home before returning to Catalonia for Sunday 27th, the day of Barcelona’s first post-Christmas training session.

The Blaugrana’s next match is on the 29th, when they’ll host Eibar at Camp Nou on matchday 16 of La Liga. All players will need to pass a PCR test 48 hours pre-game to play.

Messi’s arrival has generated a great deal of excitement in Argentina despite the fact there was no co-ordinated media appearance. The landing of his jet was even broadcast live.

Messi hasn’t travelled home to Rosario since last Christmas given how short his summer break was. The Argentine spent a few days in Ibiza and Cerdanya then between the culmination of Barcelona’s Champions League campaign and the resumption of their new league campaign.