Mexico winger Hirving “Chucky” Lozano was taken to a local hospital after suffering a head injury in a Gold Cup match against Trinidad & Tobago on Saturday.

The Napoli star suffered the injury in the 11th minute of the game at AT&T Stadium in Arlington, Texas, after getting tangled up with Alvin Jones and falling onto the knee of Trinidad keeper Marvin Phillip.

Lozano laid on the pitch and was immediately attended to by medical staff, who placed a neck brace on the player. He also suffered a deep gash over his eye. 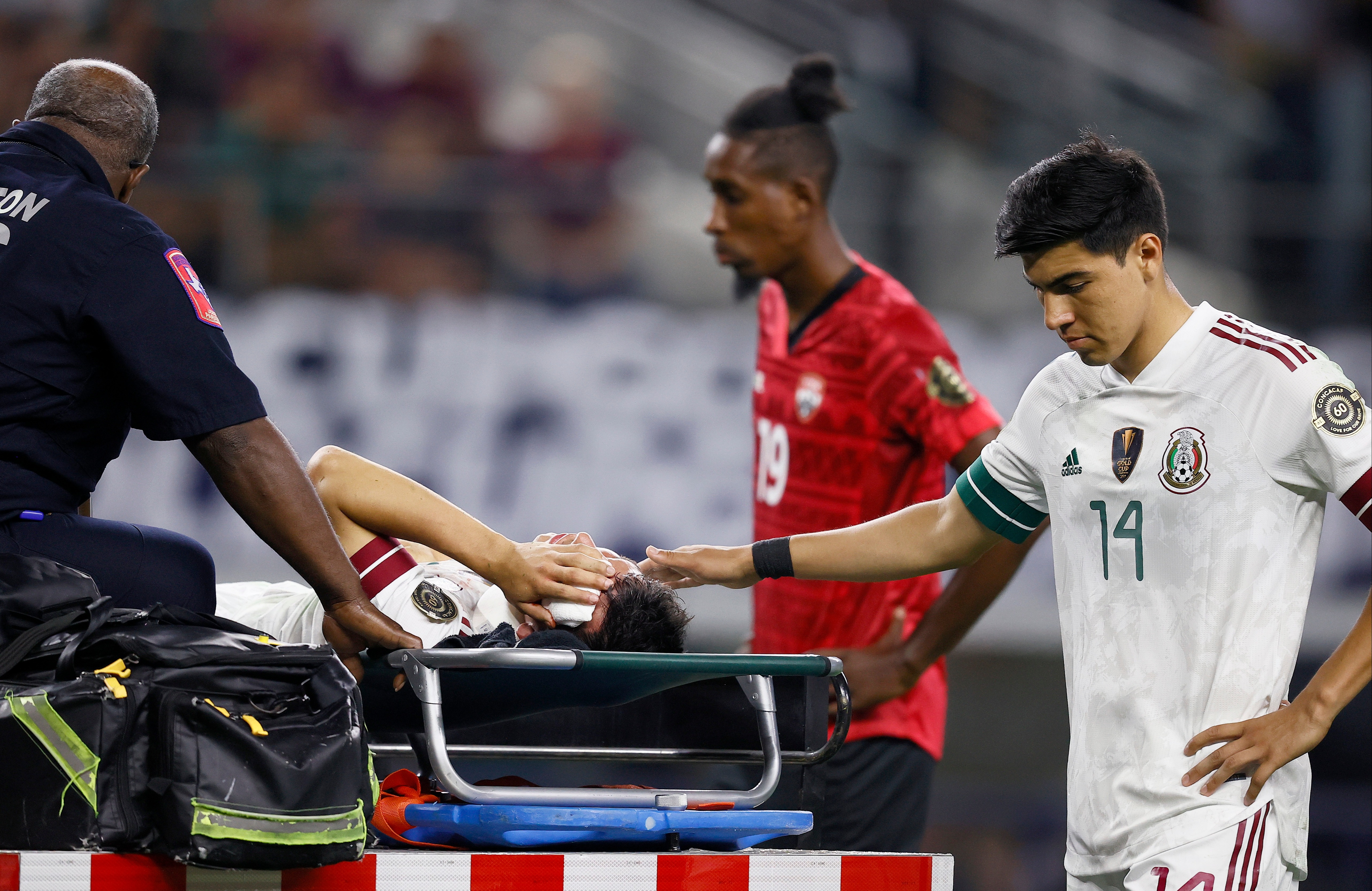 He first seemed motionless but was later seen moving around his arms. He was then carted off the field on the stretcher and taken to a local hospital to undergo tests.

“Hirving Lozano is stable, conscious and he will be medically examined,” the team said in a statement during the match.