Mikel: I’m in Egypt to support the younger players 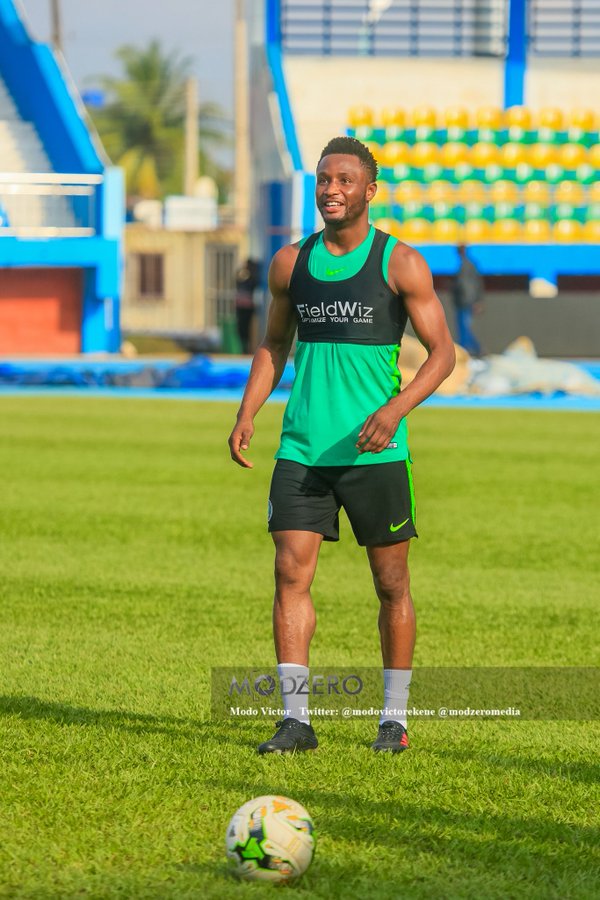 The Super Eagles captain will hang his boot after the 2019 Africa Nations Cup.

“It’s been an amazing ride for me in the national team. 13 years I think is enough. “I’ve won trophies, I’ve had a lot of amazing time. I think it’s time for these young guys to carry on,” Mikel said in an online post

He continued, in a quote credited to @BBCSport and written by Oluwashina Okeleji saying,

“I’m mostly here in Egypt to support the young guys & make sure they’re on the right track. “I think my presence is always important for them.

Mikel has won a total of 89 caps for Nigeria, playing for them in the past two World Cups and helping the Super Eagles win the 2013 Africa Cup of Nations.

He also helped Nigeria finish third at the 2006 and 2010 Nations Cups.

He has made two appearances for his country at the ongoing tournament in Egypt, but missed their last-16 tie through injury as Nigeria secured a quarter-final date against South Africa with a 3-2 win over bitter rivals Cameroon.

Now Mikel is determined to play a part in Nigeria’s quest for a fourth continental title.

SOME REACTIONS ON TWITTER
Ehidiamhen Kingsley‏ @keanxley said “Baba don tell us he go retire after the tournament”
chuks jerry‏ @chuksjerry26 said “I can imagine his smiles saying this. I love this guy. Has been my mentor from childhood. Always calls my self @mikel_john_obi while playing in the midfield. I don’t watch chelsea matches if he did not play.. My legend. Wish to meet you someday.”
M Gana‏@mgana5045 “Bro same here… I luv mikel badly.”