These certainly are not the best of times for Super Eagles captain, Mikel Obi and his Middlesbrough teammates as they recorded their 6th defeat in a row on Saturday.

The Nigerian international and former Chelsea midfielder was in action for the entire duration of the match providing impressive passes that were however blocked by homers Swansea who began by converting a penalty goal in the 34th minute thanks to Matt Grimes. 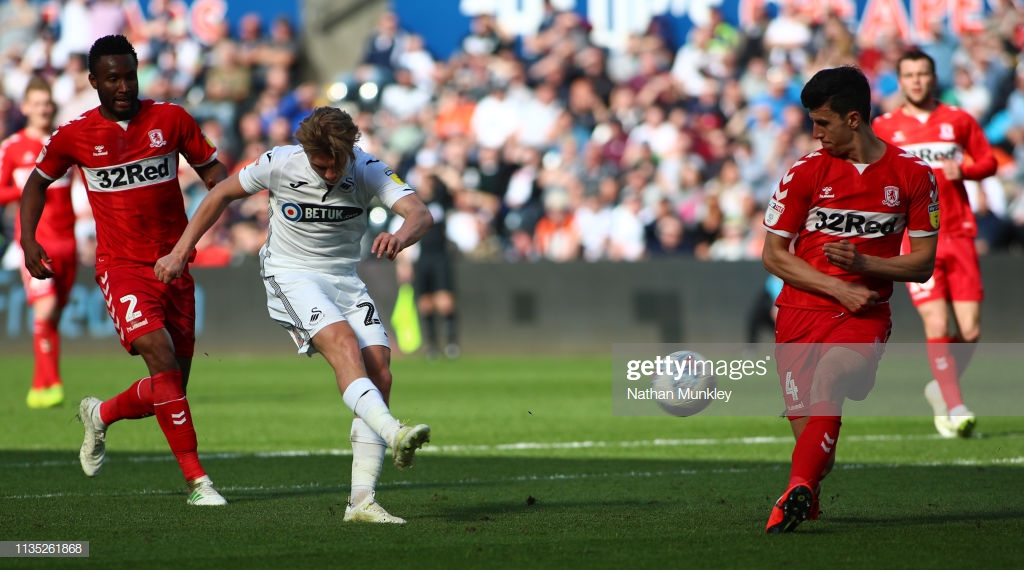 The score line stood at 2-0 at half time after Wayne Routledge increased the tally for Swansea in the 38th minute. Boro came out more determined in the second half with intent to remedy the situation but that did not immediately materialise rather it was Connor Roberts who grabbed the 3rd goal for Swansea after enjoying an assist from Bersant Celina who  had also provided an assist for second goal hero Routledge.

What turned out to be the consolation goal for Boro came in the 81st minute through George Saville.  Despite the series of loses Mikel has told his teammates not to give up but fight on. Prior to Saturday’s defeat, Boro had lost Bristol City, Norwich City, Aston Villa Preston North End and Brentford, conceding 9 goals and scoring two. Middlesbrough are 8th on the Championship log with 58 points in 40 matches played, 26 points below table toppers Norwich.