Mikel Loses With Middlesbrough on birthday

John Mikel Obi has received the worst birthday gift after going down with Middlesbrough who suffered a 3-0 defeat to Nothingham Forest in the English Championship at the City Ground Nothingham on Monday.

Middlesbrough who appeared to have bounced back following their back to back wins last week were left helpless as Forest struck twice through Joe Lelley and Alexander Milosevic to give the home side the three points. 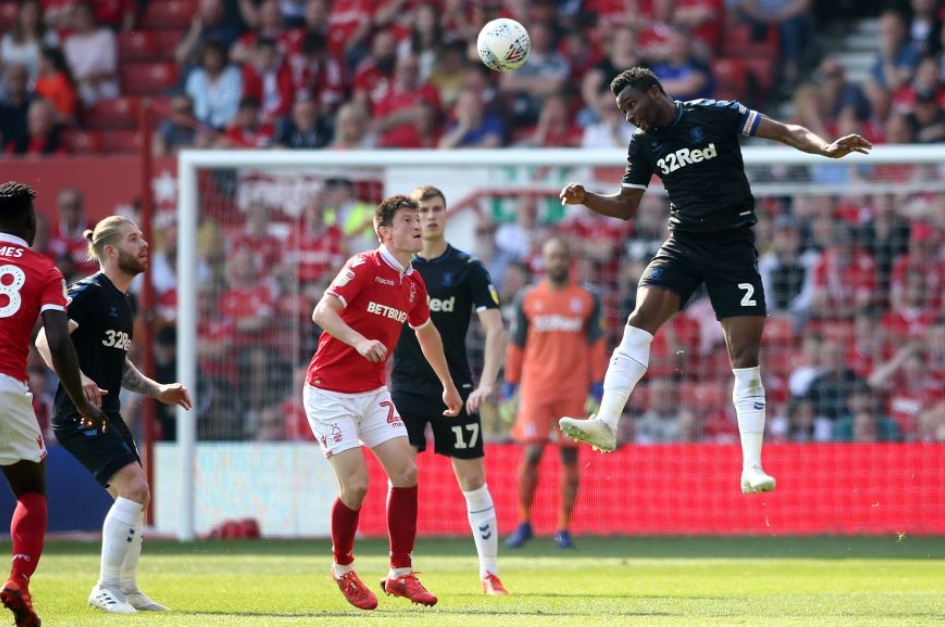 Mikel who turned 32 today was on for the entire 90 minutes.

The loss now puts Middlesbrough in a tight corner in securing a play-off place at the end of the campaign.

Mikel who captained the team for today’s match has made 17 appearances for the club since joining on a short term loan in January.

Elsehwre Stoke City parading Oghenekaro Etebo were held to a 2-2 draw by Norwich City at the Bet365 stadium.

Etebo was in full action for the home team.

Onel Hernandez gave Norwich the lead midway through the first half, before Ashley Williams levelled just after the break. Teemu Pukki restored the visitors’ lead against the run of play on 66 minutes before Ryan Edwards levelled with a wonderful goal three minutes later.

It was also a sad night for Semi Ajayi after Rotherham were left deep in the relegation fight following a 1-3 loss at home to Birmingham, who confirmed their Sky Bet Championship status for another season. The Nigeria international was in action for 90 minutes despite receiving a yellow card as early as the 5th minute.

Matt Crooks opened the scoring for Paul Warne’s side, before Jacques Maghoma, Jota and Kerim Mrabti secured victory at the New York Stadium

Salah set for Madrid transfer after falling out with Klopp