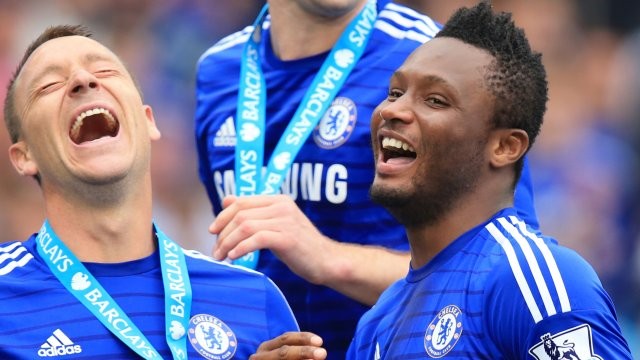 In the celebration mood, the Middlesbrough defensive midfielder painted his Instagram handle all blue.

Mikel had an unforgettable 11 years at the Stamford Bridge, before leaving for Tianjin TEDA Chinese club on a free transfer in 2017.

The array of honours the 32-year-old had with the Blues was not without the UEFA Europa League in the 2012–13 football season. And, the feat recorded on Wednesday night threw open yet another happy moment for Mikel to celebrate with the club.

Hazard scored twice, including a penalty, and set up another goal for Pedro Rodriguez after Olivier Giroud had set Chelsea on their way to an emphatic 4-1 win over London rivals Arsenal in the Europa League final in Azerbaijan.