Super Eagles Captain John Obi Mikel was in action for full 90 minutes Saturday as Middlesbrough were held to a 1-1 draw by visiting Leeds united at the Riverside Stadium.

Mikel has now featured in three games for his new club Middlesbrough.  The first for the Nigerian captain was in the 1-1 in FA Cup tie against Newport, the second was a 3-2 away win over West Brom while his third outing is Saturday 1-1 home draw against Leeds united. The former Chelsea star was not listed in Middlesbrough’s second FA Cup return leg that ended 2-0 in favour of Newport County.

Visiting Leeds could be said to have come prepared to rattle Boro at home, commanding 61% possession as against 39% maintained by Mikel and his teammates. 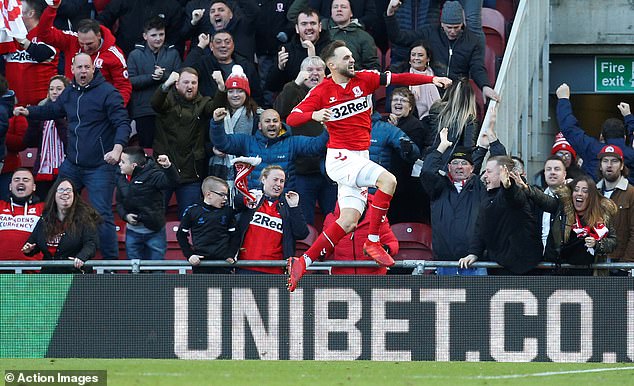 Lewis Wing shot the homers into the lead 47th minute and Boro looked as though they were going to run away with a win with three points up for grabs, but that was not to be as Leeds Kalvin Philips broke the hearts of Boro  in the 11th minute of added time.

A massive 11 minutes was added after regulation time of 90 minutes and this could be explained with centre referee Darren England having to reach out for his whistle 20 times as Boro committed 11 fouls while Leeds committed 9 fouls in the course of the game with two yellow cards going to Boro and one for Leeds.

In addition Leeds youngster Jack Clarke was treated by paramedics on the bench for feeling unwell and later taken to hospital as the game is delayed for seven minutes .

Boro currently in the 4th position on the log with 51 points in 30 matches will be hoping to earn maximum three points or at worst a point when they face Sheffield United away on Wednesday.