Anthony Joshua has been warned he faces a formidable test when he takes on Jarrell Miller in  New York on June 1.

Former world heavyweight champion David Haye describes the 22½ stone American as a “tank” and a “monster”.

Joshua, holder of the WBA, IBF, WBO and IBO belts, and Miller were due to come face to face at a press conference in Manhattan today ahead of their clash at Madison Square Garden. 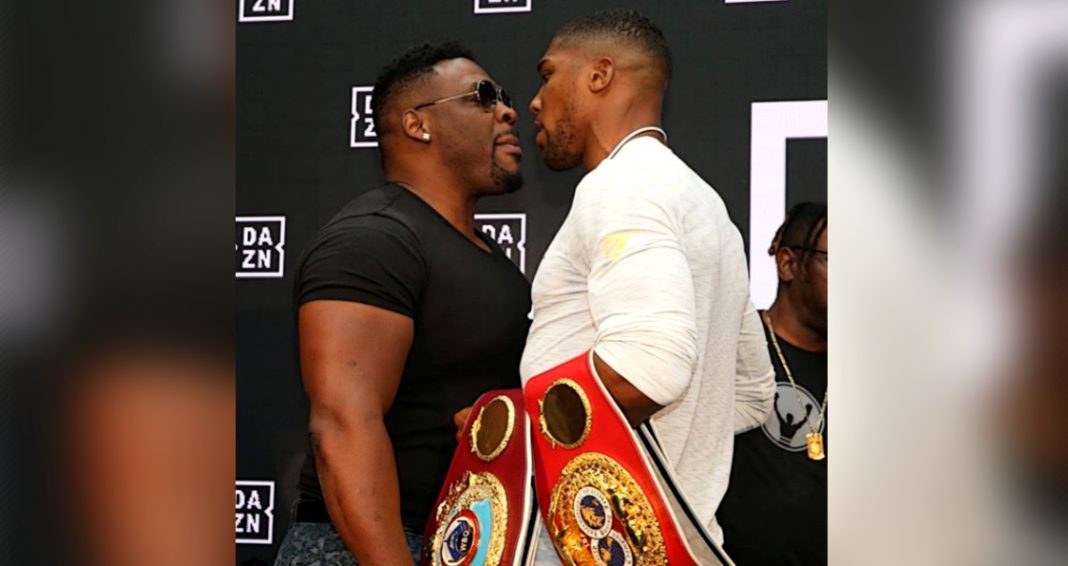 Haye, who reigned as WBA champion between 2009 and 2011, says former kickboxer Miller, who is undefeated in 24 fights, winning 20 by knockout, will pose more problems than his critics anticipate.

He said: “Believe me, Miller is a live opponent. He’ll give Joshua a hard time. He is dangerous and he has to be taken seriously.

“He will shock more than a few people with his boxing ability and size. I have never seen a heavyweight like him.

“What he lacks in height [6ft 4in] he makes up for in width. He is much bigger than Joshua even though he is shorter. One shot from him and it could be lights out.

“He is undefeated and he reminds me of a young Shannon Briggs, who gave Lennox Lewis a hard night at the office in 1998, pushing him to the wire. The whole of America will be watching what Anthony can do, too, because this is his first professional fight abroad. That brings pressure.”

Joshua’s promoter Eddie Hearn turned to Miller after it appeared WBC champion Deontay Wilder and Tyson Fury were heading for a rematch following their thrilling draw in Los Angeles in December.

But that fight is now in doubt after Fury signed a new £80million contract with ESPN which means his next five fights will be shown on that network while Wilder is tied to rivals Showtime.

However Shelley Finkel, Wilder’s adviser, said he hopes the two rival broadcasters could collaborate on a deal to make the contest happen.

He said: “We are hoping to make the fight and figure out how with this new relationship they have with ESPN that it can be done.

“I would want to try to make it with Showtime and ESPN.”