Los Angeles FC goalkeeper Philip Ejimadu  will miss  the U23 AFCON, which will start this weekend in Egypt, due to MLS Cup playoff which involved his team according to ScoreNigeria.com 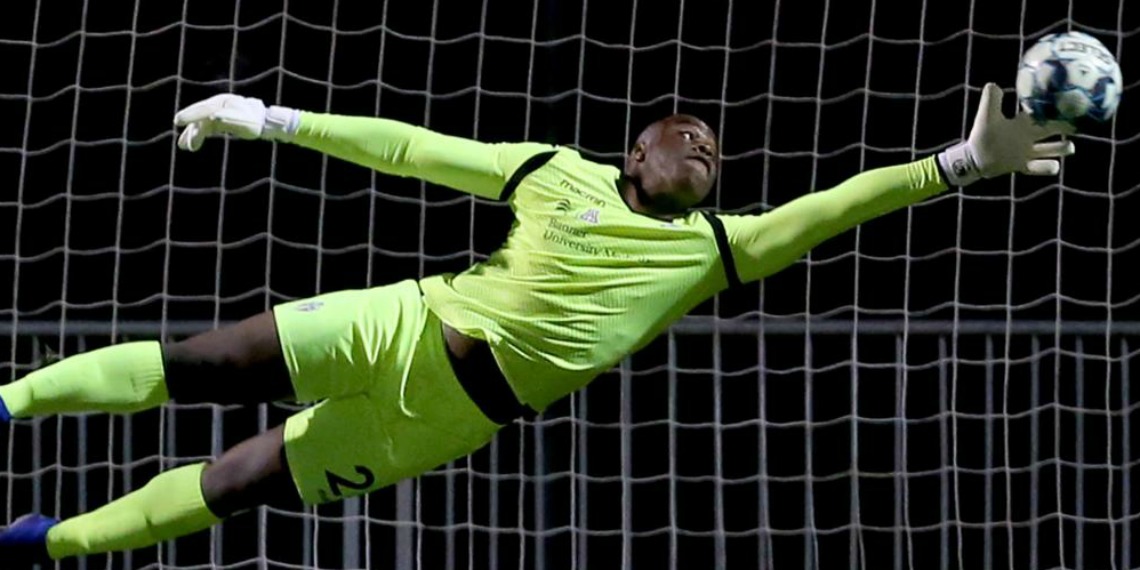 The highly-rated shot-stopper said he now hopes he will get a chance to play at next year’s Tokyo Olympics should Nigeria qualify.

The U23 national team coach Imama Amapakabo was communicating with the giant goalkeeper on possibility of him coming to camp after he was scouted for the team, but his club did not subscribe to him leaving because they will get involved in play off.

“I talked with the Nigeria U23 coach after I was scouted for the team. He was ready to give me invitation to come to camp for them to see me and possibly go to AFCON U23, but unfortunately my club Los Angeles FC said no because we are to play in the MLS playoff.

“The coaches said I have to be part of the team for the playoff in case there is card or injury to one of the goalkeepers ahead of me in the team.

“I am very delighted I got such opportunity to represent my country. I am praying they get the Olympic ticket so I can get another chance.”

The 20-year-old big goalkeeper was outstanding for FC Tucson, where he played on loan this season.

Ejimadu born to Nigerian father and Brazilian mother in Minnesota, USA, played for Nacional Atletico Clube in Sao Paolo, Brazil, before he joined Los Angeles FC. He won three caps for USA U23 national team in 2018.