Mohamed Salah, Egypt all-time top scorer, has been handed a special signature boots by kit sponsors Adidas ahead of the forthcoming AFCON 2021 in Cameroon.

The 29-year-old Liverpool star, who square up with the Super Eagles on Tuesday, January 11, at the AFCON in Cameroon, has netted 43 goals in 73 matches, six goals more than his closest rival Mohamed Aboutreika, is targeting 69 goals for the seven-time AFCON champions.

Interestingly, the price of the signature boots, inspired by the boots won by Lionel Messi at the 2014 World Cup, will go for about  £220. 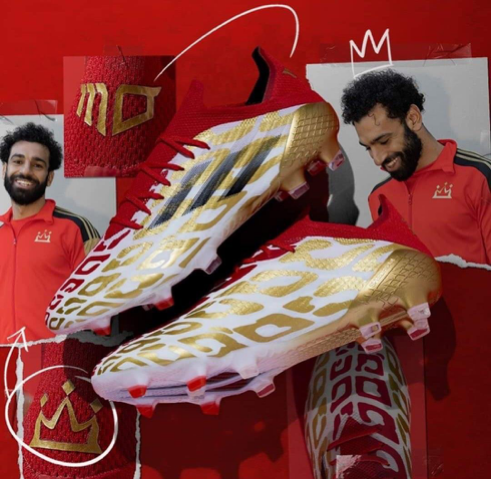 In the meantime, the most expensive player at the AFCON with a transfer value of Є113m has made the three-man short list for the FIFA Best Award.

He will contest for the award with the pair of Messi and Robert Lewandowski.

Eagles to bring home N2.9billion if they win AFCON