United States striker, Alex Morgan, has announced she is pregnant.

Morgan, 30, finished joint-top scorer at the 2019 Women’s World Cup and is viewed as one of the world’s most influential female players. 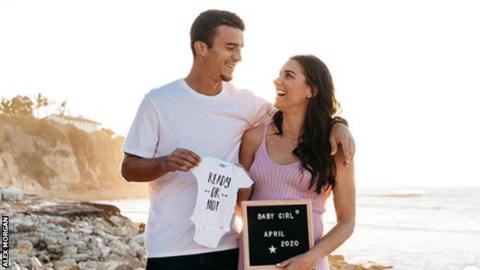 Her first child is due in April 2020, three months before USA are scheduled to play at the 2020 Olympics in Tokyo.

Morgan tweeted an image of her with her husband – LA Galaxy footballer Servando Carrasco – adding they are “already in love” with their “baby girl”.

She made no reference to her availability for USA at the Olympic Games, which officially begin on 24 July, though the football competition starts two days earlier.

Ndidi, Balogun, to have busy season ahead 2022 World Cup