Nigeria international, Victor Moses was missing for Chelsea who were held to a 2-2 by Manchester United in an English Premier League clash at the Stamford Bridge in Saturday’s early kick-off game. 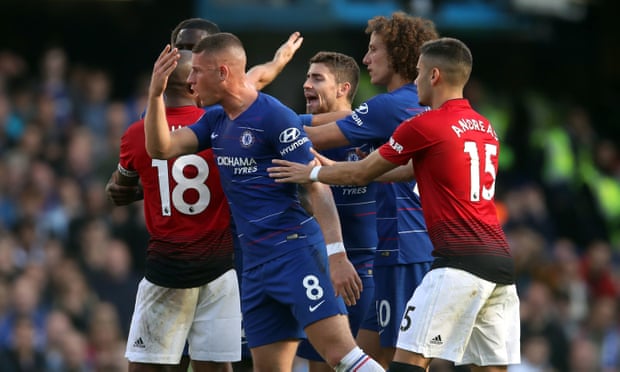 Moses has not been part of Maurizzo Sarri’s plans this season, as he has only featured twice from the bench.

Antonio Rudiger gave the home side the lead in the first half, but it looked as though United would make it two come-from- behind wins on the bounce when Anthony Martial’s brace after the interval put them on the verge of a valuable three points.

However, Barkley fired home a last-gasp equaliser which prompted a remarkable melee on the touchline, with Jose Mourinho reacting angrily to celebrations from the Chelsea staff.

The result leaves Chelsea one point clear at the top of the table with closest rivals Manchester City and Liverpool
following.

United’s poor record at Stamford Bridge leaves them still eighth in the standings.