Moses to join Eagles in London

Chelsea right wing-back Victor Moses will no longer be reporting to the team’s Le Meridien Hotel and Resort camp in Uyo, the Akwa Ibom State capital before the team’s departs Nigeria next week. 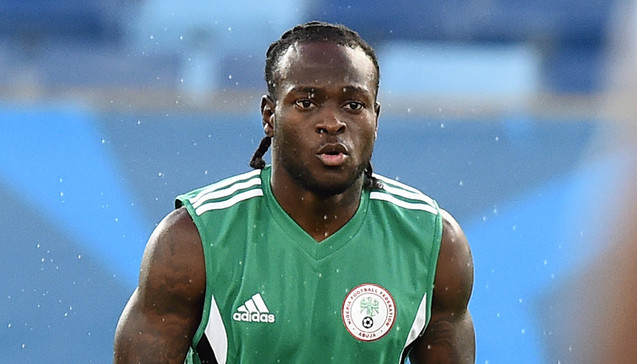 The player who has been excused from Nigeria’s international friendly against Congo DR is expected to join his teammates in London when they arrive for the friendly against the Three Lions of England on May 30.

@VictorMoses will join the team in London. #SoarSuperEagles,”read a tweet on the team’s official Twitter handle on Thursday.

A source within the Eagles camp however informed Sportinglife.ng that Moses may have been asked to stay back in London and continue to rest after taking part in last Saturday’s FA Cup Final.

“I am sure the coach must have reckoned that it would be pointless having him in Nigeria when he won’t be part of the Congo DR friendly,” said the source.

The Eagles will be lodged at the Wembley Hilton Hotel for the June 2nd friendly which will be the second friendly between the two countries.

Based on this, Moses will have two training sessions with the team ahead of the friendly.

It’s a privilege to play for Nigeria–Mikel