Jose Mourinho has praised ‘mad dog’ Scott McTominay for his performance against Barcelona on Wednesday night.

Barcelona beat United 1-0 at Old Trafford, but the likes of Lionel Messi were quiet for most of the game and the Red Devils head into the second leg of the Champions League quarter-final tie with hope they can progress. 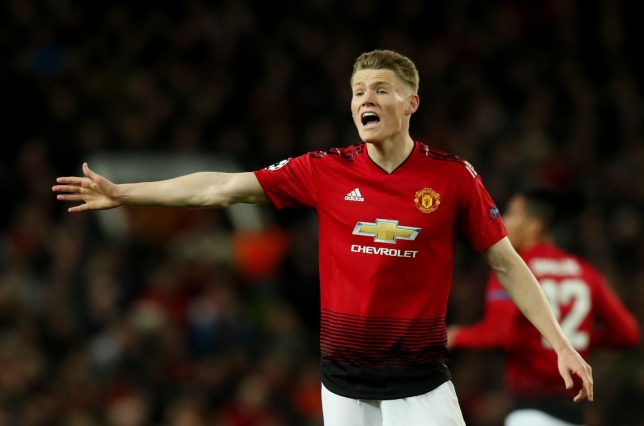 Ole Gunnar Solskjaer heaped praise on McTominay after the result and Mourinho echoed the words of his United successor.

I think United had one player that was responsible for that because I think Scott McTominay in midfield he was like what I used to call – but when I use this expression it’s obviously in the total positive sense of the word. He was a mad dog,’ Mourinho told Russia Today. ‘Afraid of nobody. Imposing his respect. Pressing really hard with a huge range of movement a huge area of pressing.

‘Pressing higher and creating problems in Barcelona building up then really aggressive on the duels.’

Mourinho often raved about McTominay’s potential while he was United boss, drafting the 22-year-old into the first-team squad.

United head to the Nou Camp next week knowing they must scored at least twice to progress into the final four of the Champions League.

The winner between Barcelona and United will take on either Liverpool or Porto in the semi-final.