There’s no football on at the moment – in fact there hasn’t been any for some time – and newspapers and TV shows are having to delve further and further back into the past for juicy content. 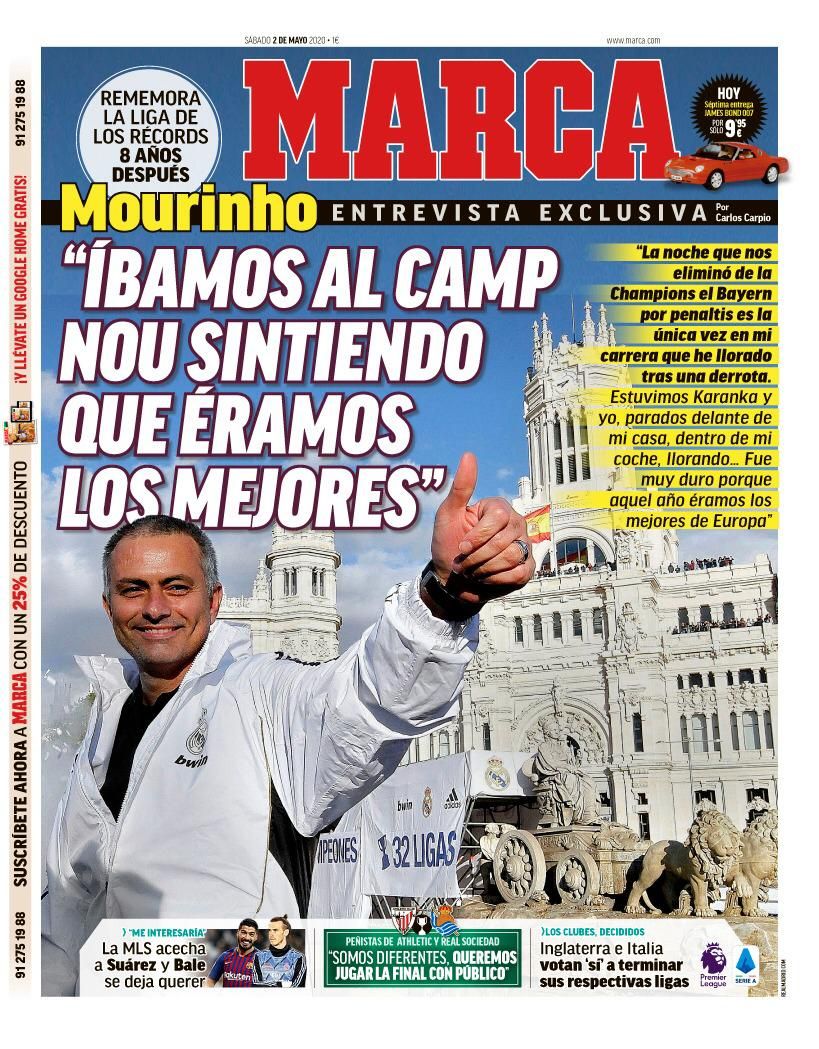 Marca have managed to get Jose Mourinho on the line from isolation in London to talk about his memories of the 2011/2012 season where his Real Madrid team beat Barcelona to the title in La Liga but lost on penalties to Bayern Munich in the Champions League.

He claimed that his Madrid team were the best in Europe that season, and for that reason he had cried after the defeat, for the only time in his career.

“That season Real were the best team in Spain and also in Europe. For that reason it was so hard to accept elimination against Bayern in the Champions League.”

He has a point. They had wrestled a league title away from Pep Guardiola’s Barcelona at their very peak, and looked favourites to add a European trophy to their haul that season.

Read Also: Oparanozie reveals why she was removed as Falcons captain

Thanks to the cruel lottery of penalties though, and Sergio Ramos’ miss, the team from the Spanish capital went home however.

If it’s any consolation to Jose, Barcelona were knocked out by Chelsea in a true shocker in the other semi, and Bayern went on to lose in their own stadium to Chelsea in that final.