Muhammed bounces back for Super Eagles with HNK Gorica

Former youth international Musa Muhammed has described his performance over the weekend for HNK Gorica in the top of the drawer Croatian Prva HNL league against Hadjuk Split as a good omen as he bids for a return to the Super Eagles. 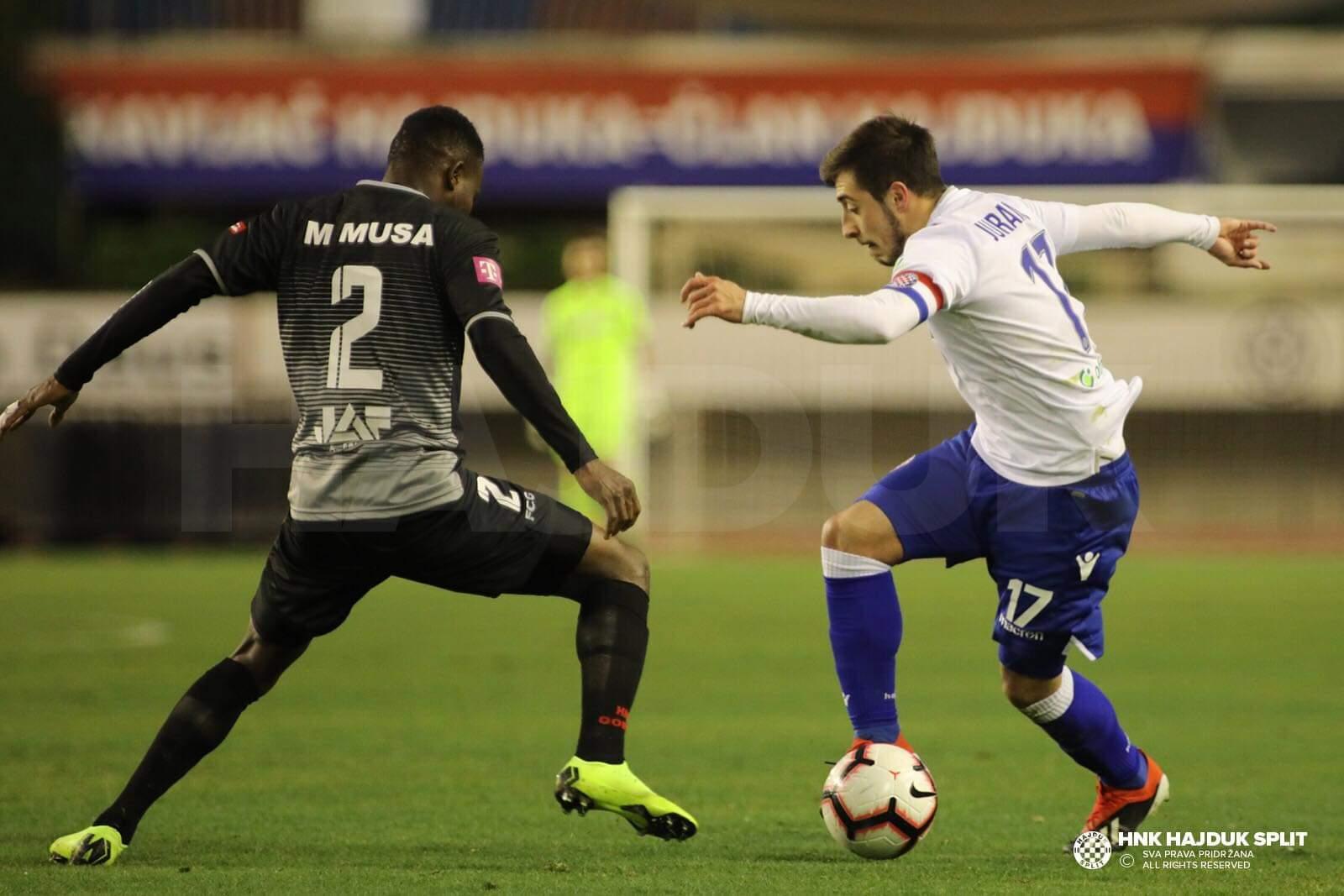 Muhammed who captained both the Golden Eaglets and Flying Eagles has only made cameo appearances in the Super Eagles but has shown sterner stuff since his arrival at Gorica after a loan spell at Lokomotiv Plovdivas.

“ I’m really happy with my good form since I arrived at HNK Gorica,” explained the 22-year-old who was Golden Eaglets’ 2013 FIFA U-17 World Cup-winning captain.“ The game on Saturday against Hadjuk Split was a very big game because it’s not easy to get a good result away at Stadion Poljud but fought to get which is good for
our aspiration.”

HNK Gorica are currently fifth on the league table but the dead-ball specialist who was top-scorer when he led the Flying Eagles to win the Total U-20 Africa Nations Cup (AFCON) in 2015,said he was at the ready to ensure the club secure at least the Europa League ticket.

Muhammed has only won only three international caps since the appointment of Coach Gernot Rohr and he really caught the eye with the Super Eagles B side in the Pre- Russia 2018 World Cup exhibition match against Atletico Madrid.

“Of course, it’s my ambition to get the opportunity to play more matches for the Super Eagles and I know I can be called upon if I play continuously for Gorica,” noted Muhammed.

My wife is difficult to play tennis with, says Agassi

‘I am going to reconstruct Jarrell Miller’s face!’- Anthony Joshua