Nigeria internationals Ahmed Musa and Shehu Abdullahi have expressed their delight at meeting with the Sultan of Sokoto Sa’adu Abubakar while in the state for a Charity Football Match. 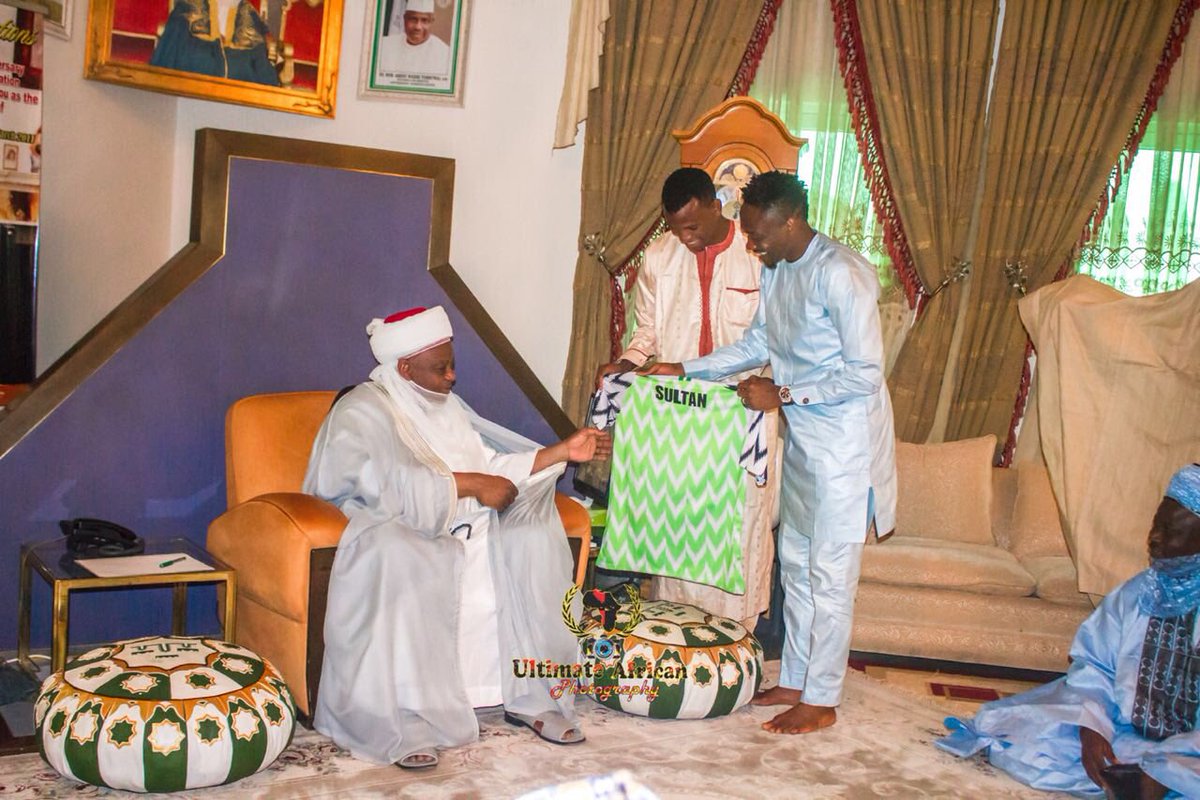 The players who have been on a tour of the North since returning from the FIFA World Cup in Russia decided to pay a courtesy visit to the Sultan on Friday for his royal blessings after the competition ended on Thursday.

“This month of blessings continues. We had the honor of meeting the Sultan of Sokoto and receiving his prayers for us. It is our pleasure and privilege to present him with our jerseys. @ahmedmusa718 🙏🏿,” both players tweeted respectively.

The competition which is the brain child of Abdullahi an indigene of the state, was to give back to the community, and has the approval of state governor Aminu Waziri Tambuwal.

The players who have continued to pull crowd anywhere they go also visited the orphanage homes in the state to donate cash and food items.

In Zamfara recently, they were mobbed by excited fans who were eager to catch a glimpse of their heroes.