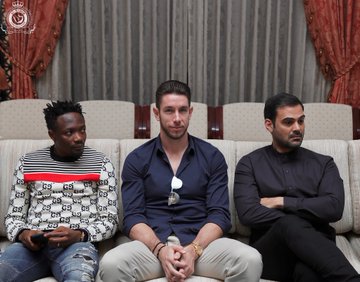 Al Nassr defeated Al Taawon at the King Abdullah Stadium 5-4 in penalties after both teams battled to a 1-1 draw in 90 minutes.

Although reasons for the royal visit were not disclosed, it is believed the players and officials of the club decided to extend their appreciation to the crown prince after lifting the trophy for the first time.

It was Musa’s second trophy with the club since moving to the gulf region from Leicester City.

The club shared pictures of the visit o their Twitter handle which was accompanied with the caption, “”HRH prince Faisal bin Bandar Al Saud governor of Riyadh received today the champions of the #SaudiSuperCup,”