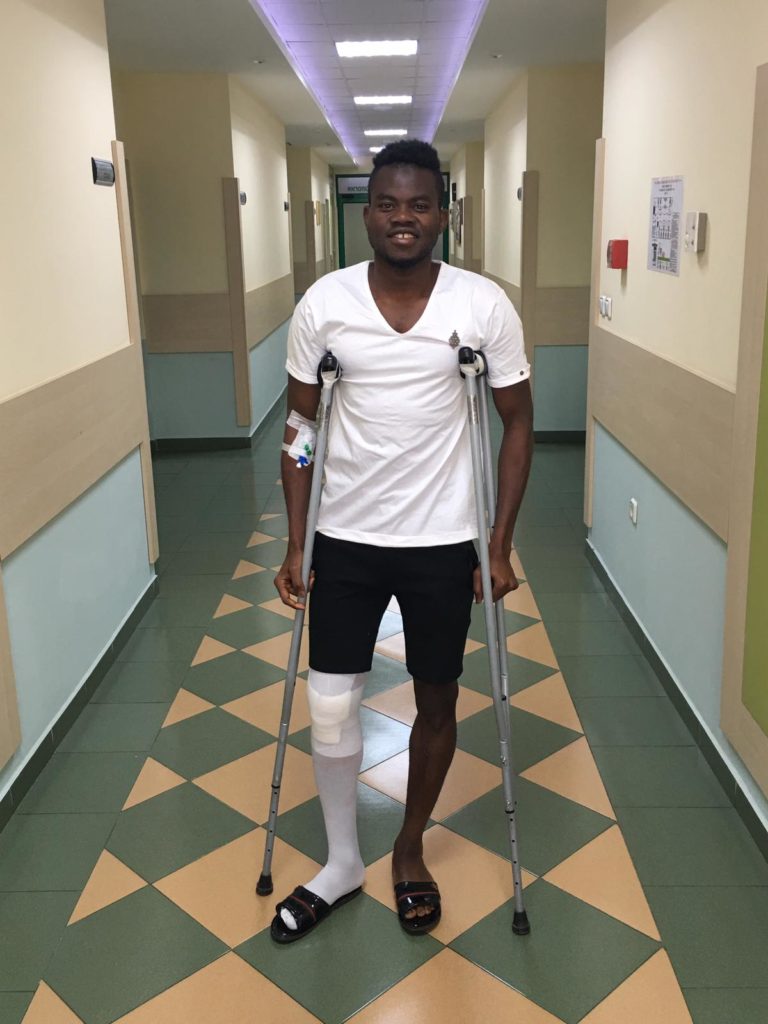 The PFC Lokomotiv Plovdiv defender suffered Meniscus injury during the team’s training session, just three days to their Bulgaria First Division game away to Levski Sofia on resumption from the winter break.

Mustapha, who was part of the team’s pre-season tour of Turkey, underwent a successful surgery at Sofia Made Hospital, a private hospital, in the capital city of Bulgaria.

The 23 year old has now missed the team’s 1-1 away draw to Levski, 0-2 home loss to Septemvri Sofia and 2-0 loss away to Etar, which has left the Plovdiv-based outfit on 10th on the league table with 26 points from 23 matches played.

In a chat with Sportinglife.ng, Mustapha, who is on contract with the club until 2020, said he will miss football during the period.

“I got injured during training few days to our game against Levski Sofia and it was revealed that I suffered meniscus injury. I went for surgery at one of the best private hospital in Bulgaria last week Monday.

“I can walk without the crouches but the doctor advised that I have to use it to avoid any mistake from any step. I should be able to begin light training in three to four months. So on the 15th of March I will start rehabilitations for the recovery with the physiotherapy.

“I feel good now but not happy that I will not be able to play during this period because football is part of me. I hope to return to action stronger as soon as possible,” the Nigeria U20 World Cup star told Sportinglife.ng.