My wife is difficult to play tennis with, says Agassi

In an interview with Times of India, the eight-time Grand Slam winner Andre Agassi spoke about his wife Steffi Graf.

They sometimes play tennis together but Agassi doesn’t have it easy. “Steffi Graf is difficult to play tennis with, as (the) most important thing you learn in tennis is to watch the ball and when you are playing with Steffi you don’t watch the ball much,” admitted Agassi. 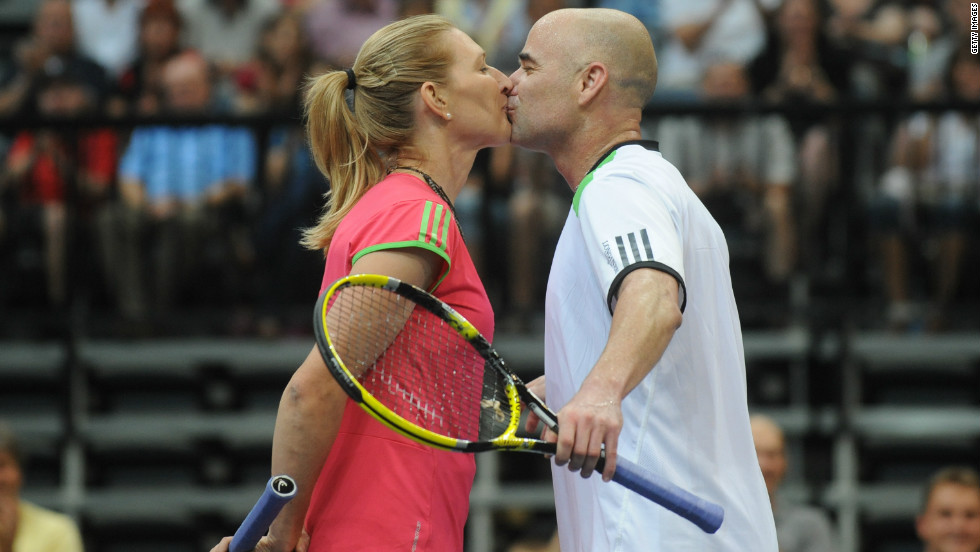 On his retirement from tennis that happened at the 2006 US Open, Agassi added: “I was saying goodbye to something which has been and will be part of my life throughout.” Agassi has mixed feelings when reflecting on his career.

The former world no. 1 was forced to play tennis by his father and he did not have a connect with it when playing initially. “I think my career was probably about the journey itself,” said Agassi. “Unlike Vijay (Amritraj) who played his tennis with great passion, I was forced into it.

“My father who came from Iran couldn’t speak a word of English and saw tennis as a passage to the great American dream. I faced a great deal of pressure and at an early age, I was sent away from home. Even though I was very good at tennis, I felt disconnected with it and there was a great deal of resentment. Quite honestly, I happened to be good at a sport that I just hated”.

I will ‘reconstruct your face and body, Joshua tells Miller

Muhammed bounces back for Super Eagles with HNK Gorica