By Our Reporter Last updated Jul 25, 2021 0
Naomi Osaka, of Japan, plays against Saisai Zheng, of China, during the first round of the tennis competition at the 2020 Summer Olympics, Sunday, July 25, 2021, in Tokyo, Japan

Naomi Osaka is back playing, still winning, and also talking to the media again.

The Japanese superstar who lit the Olympic cauldron defeated 52nd-ranked Zheng Saisai of China 6-1, 6-4 on Sunday in her first match in nearly two months.

Osaka hadn’t played since she withdrew from the French Open in May to take a mental health break, revealing that she has dealt with depression. She then sat out Wimbledon.

Osaka stopped to talk with reporters afterward, having said in Paris that she experiences “huge waves of anxiety” before meeting with the media and that she would be skipping news conferences.

“More than anything else I’m just focused on playing tennis,” Osaka said. “The Olympics has been a dream of mine since I was a kid so I feel like the break that I took was very needed. I feel definitely a little bit refreshed and I’m happy again.” 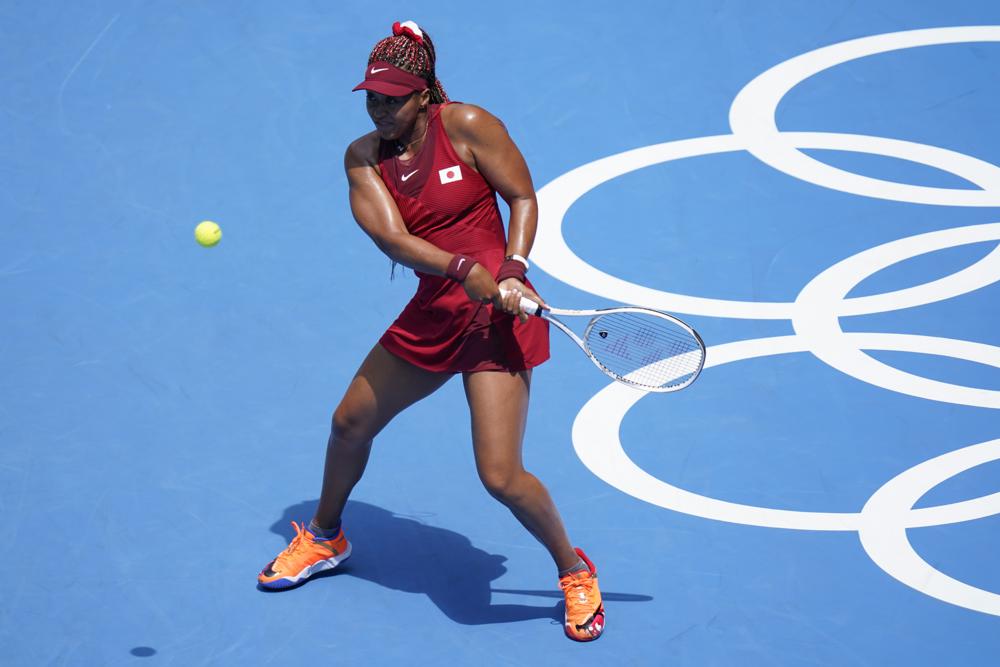 She added that she was “happy” that reporters were asking her questions, then added: “I feel a little bit out of my body right now.”

“There’s nothing wrong with my body, I just felt really nervous,” Osaka said. “I haven’t played since France so there were definitely some things that I did a bit wrong but I think I can improve in the matches that I continue playing.”

The second-ranked Osaka was sharp from the start, serving an ace down the T on the opening point of the match and and racing out to a 5-0 lead.

Wearing a bright red dress and a red visor and with her hair styled in red-and-white braids to match the colors of the Japanese flag stitched onto the left side of her chest, Osaka served six aces in all and produced 25 winners to Zheng’s 10.

When it was over, Osaka bowed to Zheng and waved her racket to the mostly empty stadium, which contained about 100 people — nearly all of them support staff or media. 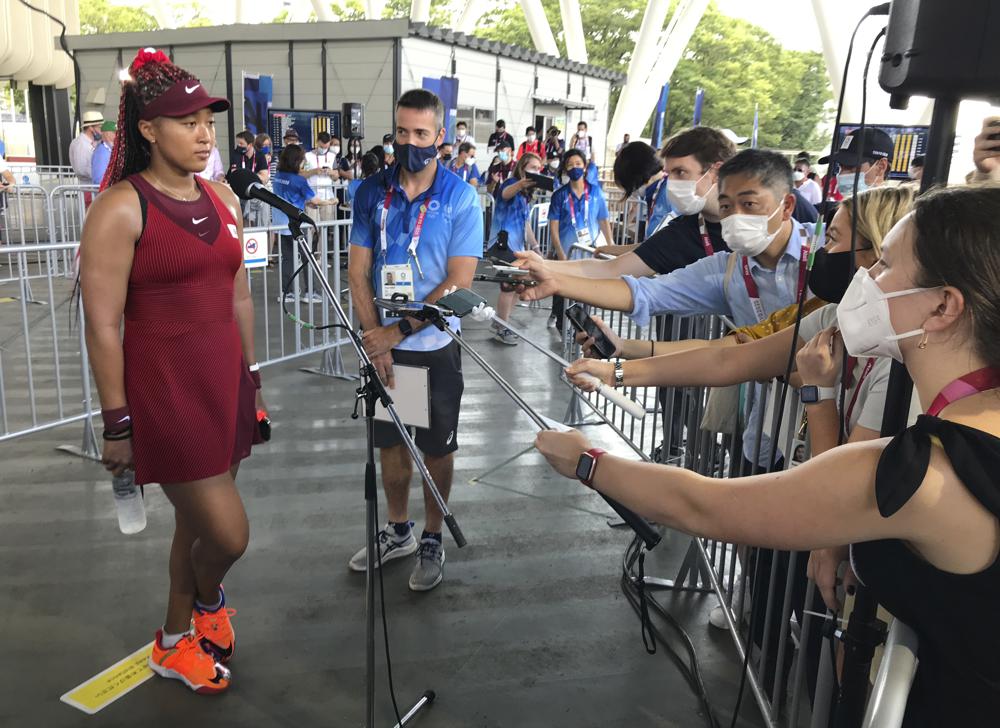 Naomi Osaka, of Japan, speaks with journalists after defeating China’s Zheng Saisai during the tennis competition at the 2020 Summer Olympics, Sunday

Read Also: World No.1 Barty suffers shock defeat in first round of Olympics

Osaka’s match was originally scheduled to open the tournament on Saturday but then was pushed back a day before her starring role in Friday’s opening ceremony.

“I feel very very proud,” Osaka said, revealing that Olympic organizers asked her to handle the cauldron honors back in March.

“When I lit the flame I was super honored,” she added. “I think that’s a position that you dream about and not anyone can do it so for me when they asked me if I wanted to I was very surprised but very honored and I’m just very happy to be here and very happy to play — especially in Tokyo.”

Osaka will next face 50th-ranked Viktorija Golubic of Switzerland.

Memphis Depay nets on debut in Barca’s victory against Girona