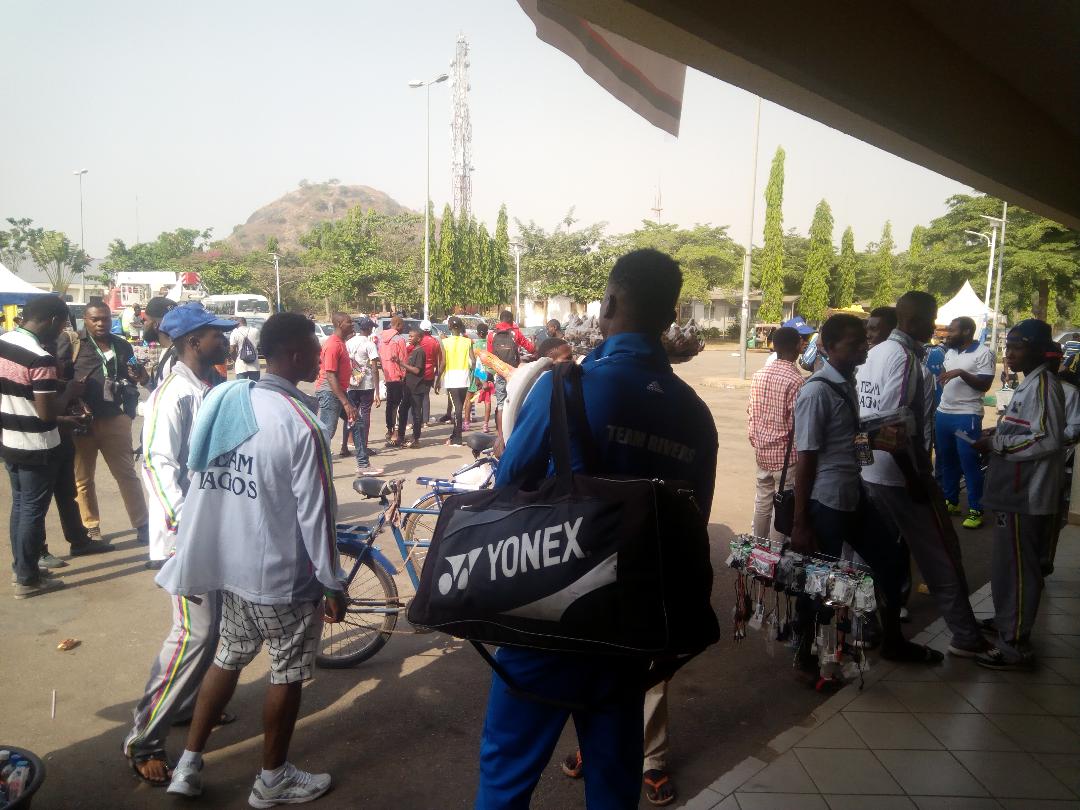 The badminton competition had started with some states already contesting before a recorded alarm blasted at the hall in both English and French languages warning everybody to vacate the premises.

One of the veteran officials handling the competition disclosed to Sportinglife.ng what really happened at the venue.

“We were officiating while the teams were playing when the alarm started ringing asking us to vacate the hall. So everybody started running helter and skelter. But shortly after two ministry officials that are technicians came to tell us that it was just an electrical sparks and we have rectified it, the official told us”, the
source told Sportinglife.ng today.

This happened around 3pm and the officials called for a break while play resumed at 4pm (an hour later).