Egypt 2019 Nations Cup highest goal scorer Odion Ighalo is having a re-think over his recent retirement from international football.

The Chinese club Shanghai Shenhua, forward who currently nursing injury sustained at the Continental Fiesta which ended 12 days ago gave the hint Wednesday when he dished out a message on social media with his pictures in national colors with the caption “Coming back stronger” Some of his fans immediately summed up the tweet to mean possible return to the national team as backing the tweet up with photos in club colors would have sent a different message. 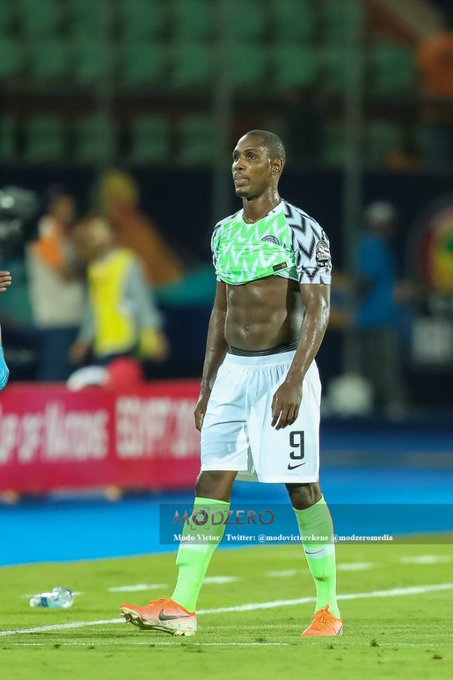 Ighalo’s retirement announcement, immediately after Nigeria’s third place match against Tunisia, seized the headlines just like that of Victor Moses did after Super Eagles unimpressive show at the last World cup in Russia.

Opinions of analyst, stakeholders and fans alike remain divided with some saying that both players at 28 and 30 respectively were hitting the exit door too early while others insist they have a right to bow out when they choose adding that it is better to quit when a player still has enough to offer his club on one hand and venture into other things that can last the distance on the other.

Ighalo who scored a total of 16 goals in his 35 appearances for the Super Eagles was a major hit for Chinese side Changchun Yatai where he emerged highest goal scorer netting 36 goals in 55 appearances.  He has so far scored seven goals in nine appearances for Shanghai Shenhua this year. 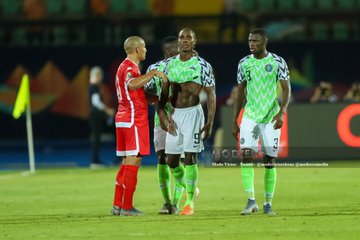 The club fillers from China indicate, are eager to have him re-enact his 36 goals feat while with Changchun Yatai, and did not hesitate to express disappointment after it was reported he had suffered injury while on national assignment.

Coach of the club Choi Kang-Hee, is however said to be optimistic that the Nigerian will pick up from where he stopped on return from injury.

Ighalo scored five out of the 102 goals scored at the Nations cup in Egypt thus emerging the highest goal scorer with Algeria’s duo of Riyad Mahrez and Adam Ounas, DR Congo’s Cédric Bakambu and Senegal’s Sadio Mané all tied on three goals each.

Etebo to resume at Stoke City next week after extended break