Nigeria international,  Wilfred Ndidi has hailed his teammates at Leicester for rising to the occasion to shock Chelsea at the Stamford Bridge on Saturday in an English Premier League fixture. 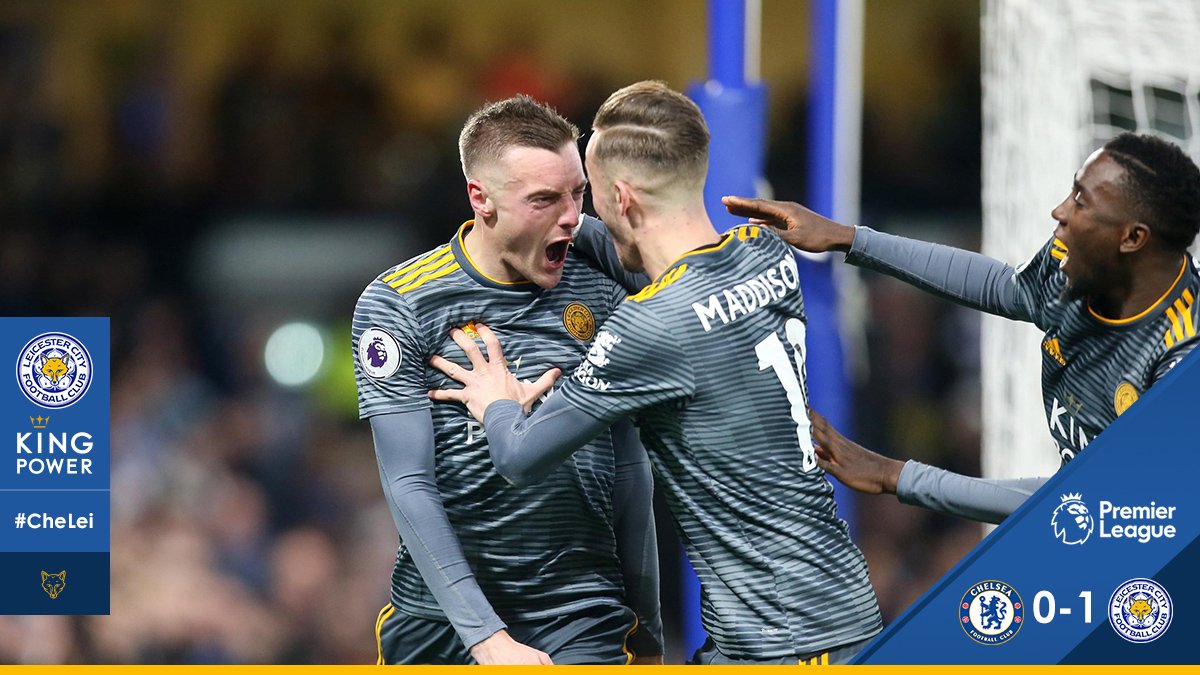 Ndidi took to Twitter after the game to express his joy, considering that it was Leicester’s first victory at the Stamford Bridge in 18 years.

A goal from England international, Jamie Vardy got the Foxes the three points which was scored in the second half after he was set up by James Maddison.

The defeat has put a dent on Chelsea’s title ambitions.

Ndidi has become a key figure for Leicester.

On the other hand, Kelechi Iheanacho was an half time substitute for Leicester replacing match winner, Vardy.