Ndidi injured, Iheanacho on for 10 minutes as Leicester, Chelsea draw

Kelechi Iheanacho came on in the 80th minute for Leicester City who were held to a 2-2 draw by Chelsea in Saturday’s Premier League fixture at the King Power stadium. 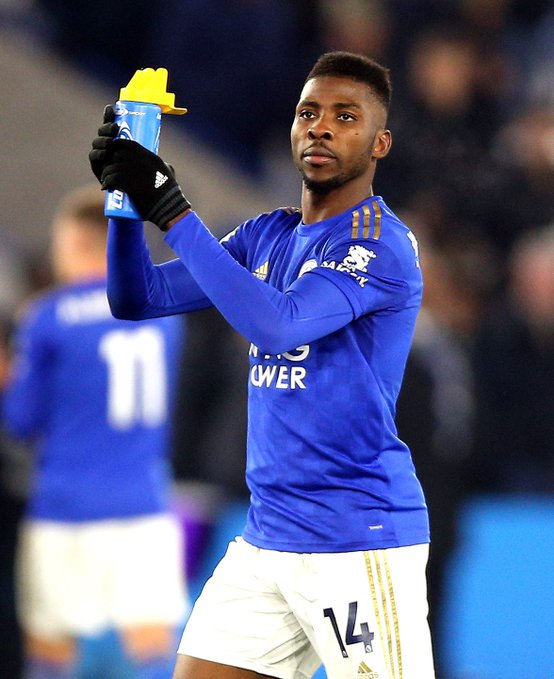 Iheanacho who has scored three goal replaced Jamie Vardy to feature in his ninth match this season.

Meanwhile Wilfred Ndidi was  was replaced by Hamza Choudhury moments before the line-up was announced due to a sore knee.

Leicester’s goals were scored by Harvey Barnes and Ben Chilwell while Antonio Rudiger bagged a brace for Chelsea.

Rudiger scored in the 46th minute before Barnes equalised for Leicester on 54 minutes.

Chilwell put Leicester 2-1 ahead but Rudiger grabbed his second goal on 71 minutes, to rescue a point for Chelsea.

Leicester remain third on 49 points while Chelsea are fourth on 41, in the league table.