Ndubuisi Egbo remains grateful to the management of his former side KF Tirana for giving him the opportunity to work with them.

Egbo was sacked from his position as the head coach of them on Thursday after a poor start to the new campaign.

The former Nigeria international became the first African to win a league title in Europe as a coach when he led FK Tirana to the club, but the feat was followed with a cup final defeat and failure to qualify for the champions league and Europa League group stage.

The team also suffered three defeat and won two of their last five matches in all competitions.

“Our decision was taken due to poor performances in the last matches” and also thanked Egbo for “his dedication and title success last season”. FK Tirana said in a statement.

Speaking on his sacking, Egbo said he is not disappointed to have lost his job, but was grateful for the opportunity given to me to lead the club.

“I would like to thank the club for the opportunity to serve, which helped me become the first African to win a European title and end up managing in the Uefa Champions League and the Europa League,” Egbo told BBC Africa Sport.

“I don’t have any regrets or disappointment because I gave the maximum and the team did likewise, so I remain grateful to God for what we achieved and accomplished together.

“To the fans for their incredible and overwhelming support towards me and the team, I am grateful.

“The players for their wonderful and positive spirit all through our campaign last season, I say kudos to them all. 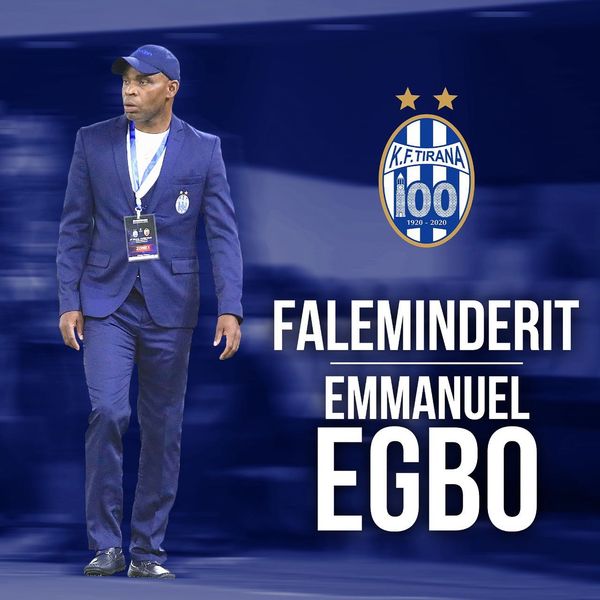 Read Also: Troost-Ekong reveals what Eagles must do against Sierra Leone in Freetown

“Both those who made a big impact and those with little impact, all of them as a team made it to happen with faith in God almighty. For now, there are no regrets but grateful to all.”

Interestingly, Egbo played for the club during his active days and he won the Albanian league, the cup, and Super Cup in three years as a player with KF Tirana.

EPL: ‘Decisive’ Lukaku can make a big impact for Chelsea…