If there is one thing celebrated Television and radio presenter Victoria Nwayawu Nwosu-Hope popularly known as Vick Hope would want to venture into next year, it would be to date Nigerian born British boxer Anthony Joshua.

The Capital FM breakfast show host sent her fans in frenzy Sunday after she uploaded throwback pix with the boxer, from their appearance at the Pride Of Britain Awards in October.

While her fans were convinced the radio presenter, 29, and sportsman, also 29, are dating, Vick revealed the pair are ‘unfortunately’ not together, hinting she would like to be.

Looking every inch the radiant beauty, the Capital FM star beamed with delight as she cosied up to the unified world heavyweight champion, who was clad in a navy suit.

Fans flocked to the image to comment on the stunning image, with one writing: ‘Adorable couple! Get on it Vic!!!’.

In agreement, another posted: ‘@vicknhope is this official now?’, while a third added: ‘AJ seriously needs to wife you up..Sing after me..”If you like it then you should’ve put a ring on it”… @anthony_joshua’. [sic]

Despite the romance claims, Vick clarified in her caption: ‘Happy Boxing Day Eve Eve Eve…met AJ once at the Pride Of Britain Awards, was saving the pic for Boxing Day for caption-related reasons, am unfortunately not dating him, but thank you all for your optimism.’ 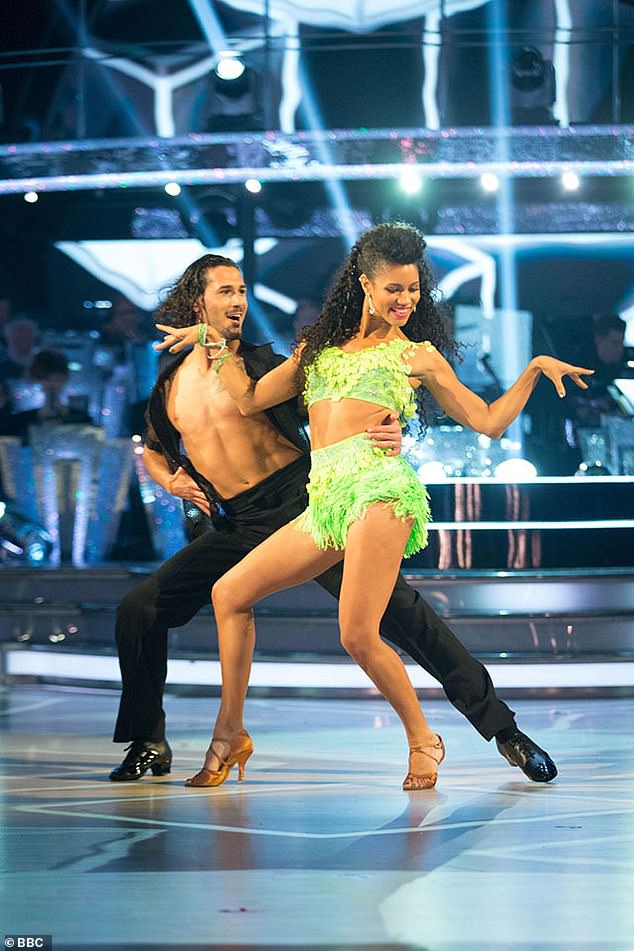 Anthony and Vick’s representatives confirmed the pair are ‘just friends’ when contacted by MailOnline.

Watford native Anthony, who shares three-year-old son Joshua with his ex Nicole Osborne, has been romantically linked to Cara Delevinge and Bella Hadid in the past.

She explained: ‘I am so single. The guys [Roman Kemp] are bored of hearing about how single I am.

As far as their fans concerned Joshua and Hope look every inch a perfect blend and should simply go ahead and work something romantic out. Interestingly both have Nigerian blood running in them. Both have Nigerian mothers. While