Bewarang told the News Agency of Nigeria (NAN) on Sunday in St Petersburg that the federation was yet to settle down into doing a review of Nigeria’s performance at the mundial. 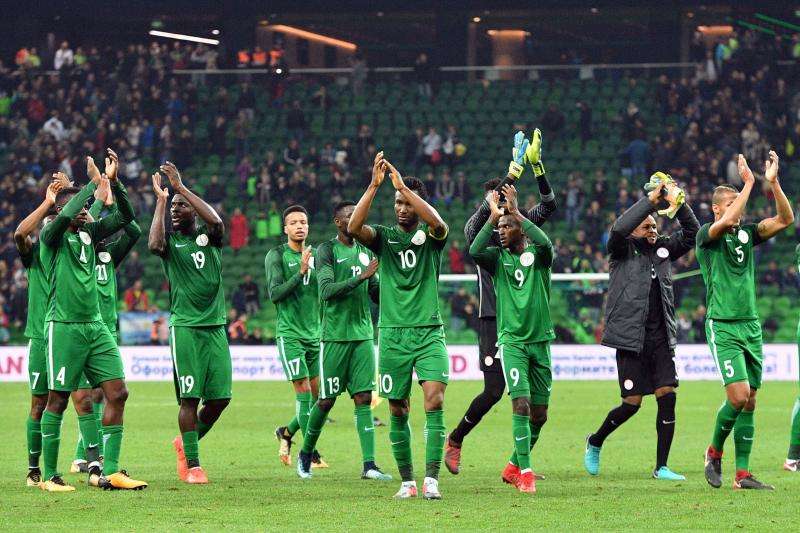 “On returning home, NFF will meet to do a review of Super Eagles’ ouster in the competition with a view to avoid a re-occurrence in future.

“This will enable the federation to know the strengths and weaknesses of the team, and do a surgical operation with a view to moving forward. But we have not done that now,’’ he said.

NAN reports that the Super Eagles, who lost 0-2 to Croatia in their opening game and subsequently beat Iceland 2-0, failed to qualify due to a 1-2 loss to Argentina.

Bewarang however said it was unfortunate that the Nigerian system which thrives on adopting a fire brigade approach to things does not help matters, adding “we are supposed to prepare over a long period.

“Ordinarily, like most advanced countries do, we are supposed to start preparing for the next World Cup now. But in Nigeria we will wait till the eve of another one before swinging into action.’’

He, however, said the NFF was working towards changing this by laying emphasis on developing players from the age-grade competitions, such as the under-13 and under-15.

“For instance, if a player is under-15 now, we know that in four years coming he will be 19 years old.

“This is what has happened in the case of Kylian Mbappe of France who has the energy and skills to perform,’’ he said.

Speaking on the needed synergy between the team’s coach, Gernot Rohr, and the NFF Technical Committee, Bewarang admitted that the existing relationship was “not too cordial’’.

“Personally I have a relationship with and access to him, but that is not official. There must be a situation whereby my committee will be able to make input into what he is doing.

“Though they have said there is a subsisting contract with him, but the agreement must be such that will accommodate the contributions of the committee,’’ he said.

The former Super Eagles’ assistant coach cited as an example the arrangement put in place before the 1994 World Cup in the U.S..

“Even though Clemens Westerhof already has his team in tact, but he still bent backwards to accommodate some other good players.

“We can all recall how the likes of Sunday Oliseh, Chidi Nwanu and Mike Emenalo, who were discovered to be good later, were absorbed into the team to earn better results to the benefit of the country,’’ he said.

NAN reports that the 1994 Super Eagles team went on to have a spectacular performance by stunning the world to reach the round of 16 where they lost to runners-up Italy.

NAN also reports that the NFF had, after the Eagles’ brilliant qualification for the 2018 World Cup,
renewed Rohr’s contract for another two years, a contract which terminates in 2020.(NAN)