NFF will move into Dankoro House Next week—- Giwa

The President of Nigeria Football Federation, Ambassador Chris Giwa says the present Executive Committee will finally move to the Sunday Dankaro House at the Package B of the Abuja National Stadium hopefully next week.

Amb. Giwa stated this when he led some of his Executive Committee members to assess the state of the Sunday Dankaro House completed over six years ago. 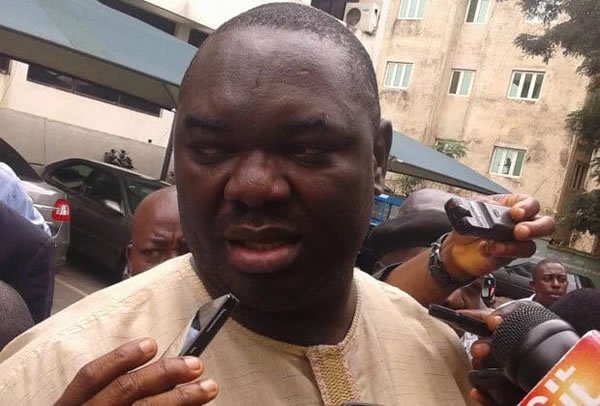 “I have directed the Acting General Secretary, Dr Emmanuel Ikpeme to call the contractor handling the job to resume work immediately, by tomorrow Friday,” he stated.
The President noted: “its a good structure we have here and we must break the procrastination syndrome of moving into this place, and that is why I want to move in fast before I fall into the same trap. “

“We must move in as soon as possible, even if I have to be the first to move in, while the work is ongoing, if we do not take the bold step, the building will continue to degenerate.” Amb. Giwa opined.

On the the FIFA Goal Project site, he stated that ” the Federation must try to maintain our facilities to ensure they are in good use, and the physiotherapy equipment we have there should be put to good use because it is one of its kind in Abuja.
The President was conducted round by the Acting General secretary, Dr Emmanuel Ikpeme. Other members of the Executive Committee on the tour are Yahaya Adama, OTUNBA Dele Ajayi and Hon. Sani Fema.
Dankaro HouseGiwanff