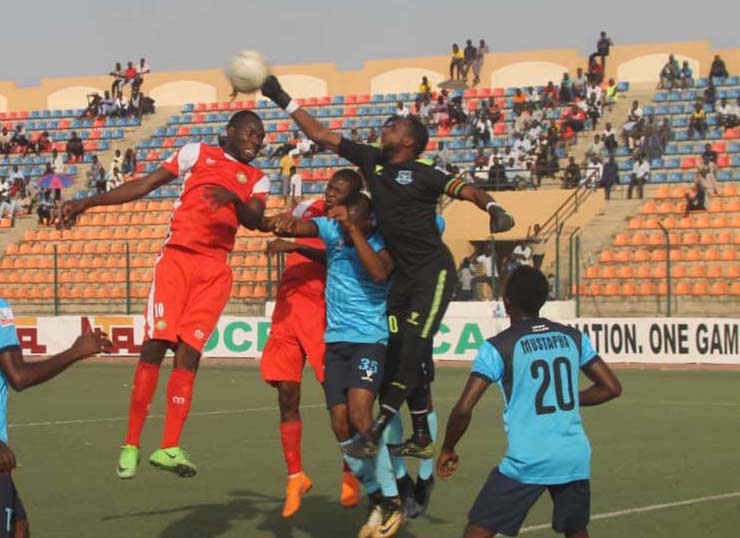 Niger Tornadoes goalkeeper, Mustapha Aliko has issued a rallying call to his team mates to secure their first three points of the when they host Remo Stars in one of the matchday 4 matches of the Nigeria Professional Football League (NPFL) at the Bako Kotangora Stadium in Minna on Wednesday.

After two games, the Ikoh Allah Boys lost 2-1 away to Wikki Tourists in their first match before being held at home to a 1-1 draw by Rivers United and in a chat with SportingLife.ng, Aliko, who kept 14 clean sheets to help Niger Tornadoes finished sixth in the 2017/2018 NPFL season, is already looking forward to pick one of the tickets to the Super Six play-offs at the end of the season.

“Our team consists of new players, 90 percent of the players are new and they are yet to blend together, that is the only problem for now. I know they will gel as soon as possible. We have good and young players and I know they will get their rhythm very soon. This is an abridge league and they have to blend on time. We are hosting Remo Stars on Wednesday and the three maximum points is all we are after, even though we are not under any pressure.”

Aliko said he hopes to get an invitation to the Super Eagles, while also helping the Minna-based outfit secure a Super Six ticket at the end of the season.

“We are hoping to pick one of the slots for the Super Six and we are working towards that. My own personal target is to surpass my achievement last season and get a call-up into the Super Eagles. That is the dream of every player, playing in the Eagles is the ultimate and the highest level of football. I got 14 clean sheets last season and hopefully will surpass it this time around,” Aliko told SportingLife.ng.

MFM VS Rangers: MFM is a decent team, says Ogunbote